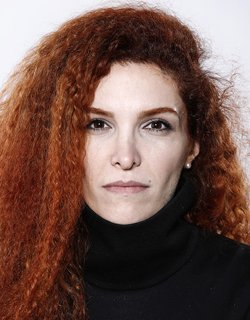 Sara Fattahi, born in Damascus in 1983, studied Law at Damascus University and graduated at the Fine Art Institute in Damascus. Storyboard artist & animator for several channels such as Al Jazeera Kids and SpaceToon, as well as art director of soap-operas from 2003 to 2008. Since 2010, independent filmmaker and producer. Since 2014 collaborations in research and writing for independent short films.

First short documentary 27 METERS in 2013. Fattahi’s first feature length documentary COMA was produced in 2015 and was granted the ‘Regard Neuf Award’ for the Best First Feature Film at Visions du Réel 2015, the FIPRESCI Award at the Viennale 2015, and has been screened at numerous festivals such as MoMA’s Doc fortnight 2016, Berlin Critics’ Week 2016, São Paulo 2016.