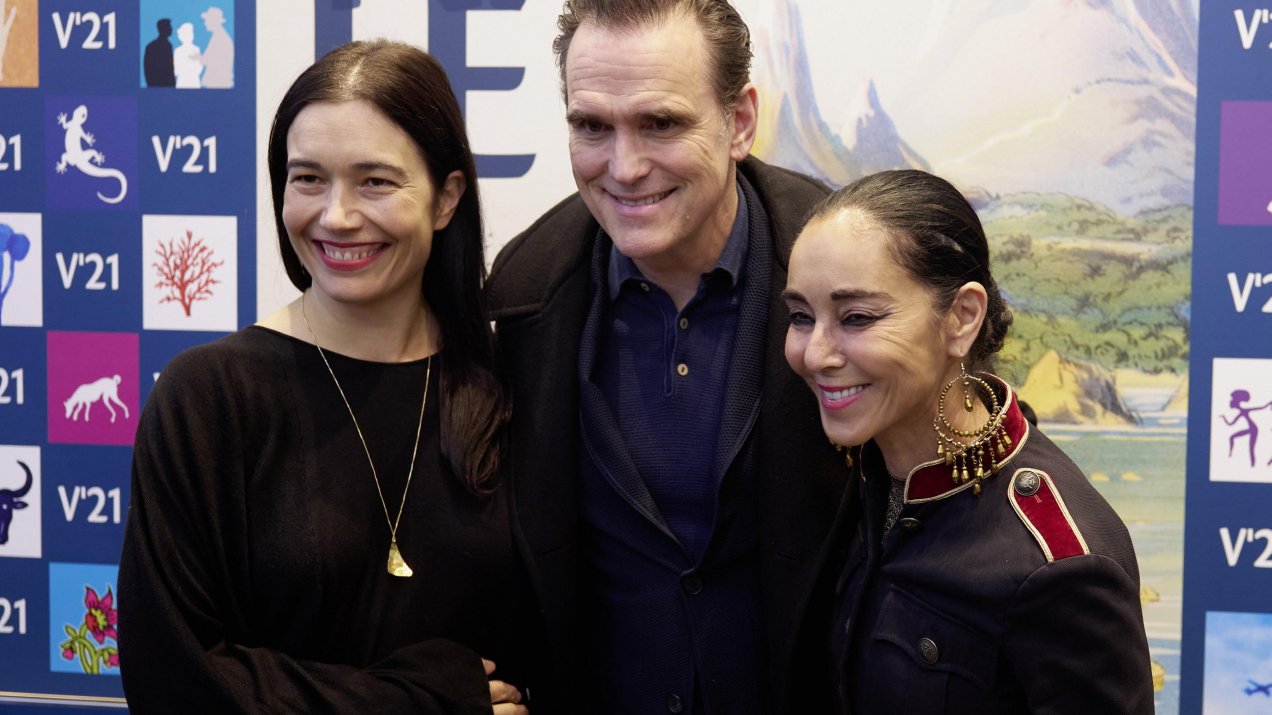 Sometimes you have to film in order to show that life goes on. 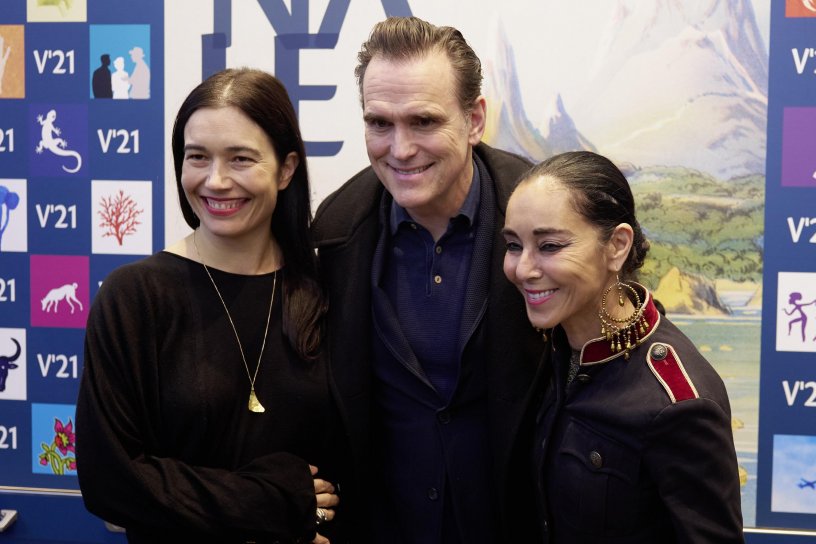 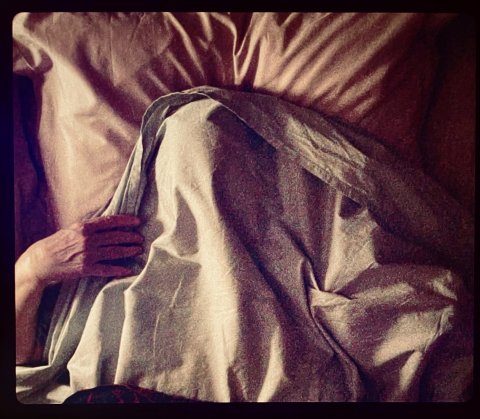 An idyllic scene: husband and wife, in their twilight years, sharing a glass of wine on a balcony overlooking the Parisian skyline. “Life is a dream,” she says. “Yes, a dream within a dream,” he replies, quoting Edgar Allan Poe. And then the idyll fractures: the couple are in bed when a vertical line emerges from the top of the screen and slowly extends between them, halving the widescreen image and confining each to their separate frame. That’s how we follow them for the rest of the film – in the yoke of the split screen, bound yet irreparably apart – as they navigate the purgatory of their labyrinthine apartment, stacked floor to ceiling with the books, artworks and photographs that testify to a life spent together and immersed in cultural pursuits.
Perennial enfant terrible Gaspar Noé reveals an unknown tender side here, charting his protagonists’ inexorable advance towards death with affecting empathy. The meta-casting of film legends Françoise Lebrun and Dario Argento gestures toward the tired trope of the death of cinema; at film’s close, the headstones might bear the actors’ real names and dates of birth, but we know they’re still alive and kicking. And, as VORTEX confirms, so is cinema. (Giovanni Marchini Camia) 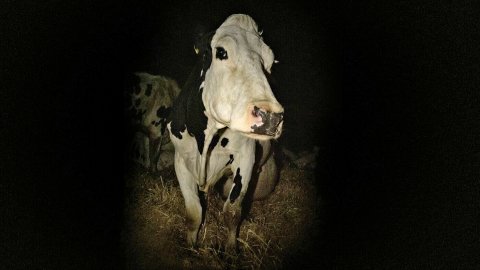 In recent years, there have been quite a few attempts to reconsider farm animals in cinema. None have been as fierce and touching as Andrea Arnold’s portrait of dairy cow Luma. She observes the elderly cow giving birth two last times, who is on each occasion separated from her offspring and must live in the demanding factory that is a modern day farm. Plainly registering the movements of her heroine, the director captures the moral dilemma of capitalist agriculture. We can regard the film as a simple report on what is necessary to produce the gallons of milk in every supermarket or we can look at it with compassionate eyes, asking if this is the progress everybody is talking about. The close-ups of a restless Luma longing to be with her calf are hard to bear. She is treated like a lactating machine, but we can sense her feelings.
However, Arnold, who incorporates pop music and scenes of bovine peace into her film, does not demonize the human workers. They try their best and are also just part of an industry that doesn’t allow much empathy for the cows. In Luma we can once again discover Robert Bresson’s donkey Balthazar, a huge metaphor, and a horrible reality. (Patrick Holzapfel) 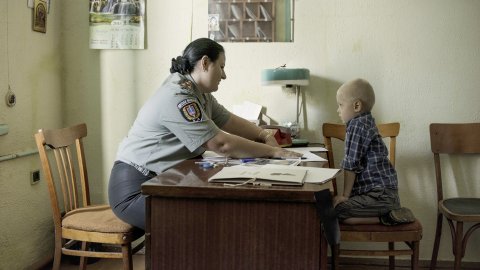 Leysa killed her husband out of jealousy, like many of her inmates. Pregnant when arrested, she delivers her baby boy in jail. But the law is the law: on the day of his third birthday, the child will be sent to an orphanage. On the other side of the bars is Iryna, a lonely warden dedicated to her work. She has her freedom but not much more than that, and her life revolves around the inmates and her intrusive mother. Faithful to her role, she watches over the prison with strict distance.
Initially supposed to be a film on the people in charge of censoring the private correspondence of the prisoners, 107 MOTHERS became an heartfelt homage to the women populating Facility 74 over the course of its long production. This is one of the two prisons in Ukraine where mothers and children can be together until their legal separation ineluctably arrives. In this closed universe, women deliver their crimes, hopes, loves, and sorrows before the camera, in moments of rare relief from the monotony of the prison routine. In his fiction debut, director Peter Kerekes’ distinctive and subtle humor constructs a world out of time and captures the true nature of his characters with grace, portraying these otherwise invisible women and children with a bracing sense of justice. (Rebecca DePas)

In the presence of Peter Kerekes. 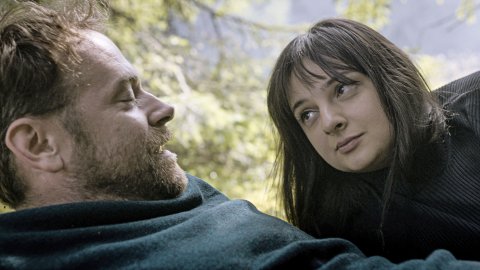 In the midst of the chaos she awakens, a twenty-something woman named Irina. All she is longing for is another moment to close her eyes again, to escape the constant battles and bouts of violence, the resentments and reproaches of the members of her extended family who run a holiday resort in mountainous Rumania.
All the characters in CRAI NOU are trapped in archaic patriarchal family structures, a terrarium of anger and anxiousness, blessed by the church and enforced by desperately plotting uncles and analphabetic cousins who need Irina for her writing and numeracy skills, but will never recognize her, let alone allow her to go and study in Bucharest or lead an independent life. So it is Irina who suffers most, struggles most, and tests the elastic snap of the ties that bind her to its despairing extremes.
Winner of the Golden Shell at this year’s San Sebastian Film Festival, Alina Grigori’s feature debut is full of sound and fury; the camera dazzles and spins, the sound design taps and hammers. It tells a history of post-communist trauma and (sexual) violence in a much more accelerated way than we have seen in Rumanian cinema so far. And building on that tradition with all the ways in which power is portrayed and performed, it gives us a desperate example of impotence and incapacity. (Dana Linssen)

WHAT IS HAPPENING AT THE VIENNALE BAR TONIGHT?

Sean Baker at the Gartenbaukino doing a Q&A with James Lattimer after the screening of RED ROCKET.

Mia Hansen-Løve talks to Patrick Holzapfel about her artistic process around her filmmaking and BERGMAN ISLAND. She describes the meaning of writing for her work, her responsibility towards life and the importance of trusting one’s own voice.