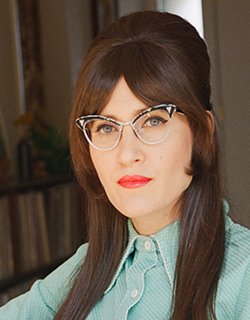 Rocio Mesa is a Spanish filmmaker, programmer and producer based in California. She is the director of "LA OLA - Independent Films from Spain", an organization focused on the promotion of the Avant-guard Spanish cinema in North America, and a freelance programmer for festivals such as the LA Film Festival. Her debut feature film, ORENSANZ, premiered at Sevilla Film Festival in 2013, it was selected at festivals such as BAFICI or Alcances and it was nominated as Best Documentary in the ASECAN Awards. Her upcoming feature project as a writer-director, TOBACCO BARNS, has been selected in some of the most prestigious screenwriting workshops, like Sundance Faliro House 2017 or Sources2 2018. Mesa was named by Variety as one of the top 10 "Spanish Women Rising in the Film Business" in 2017.