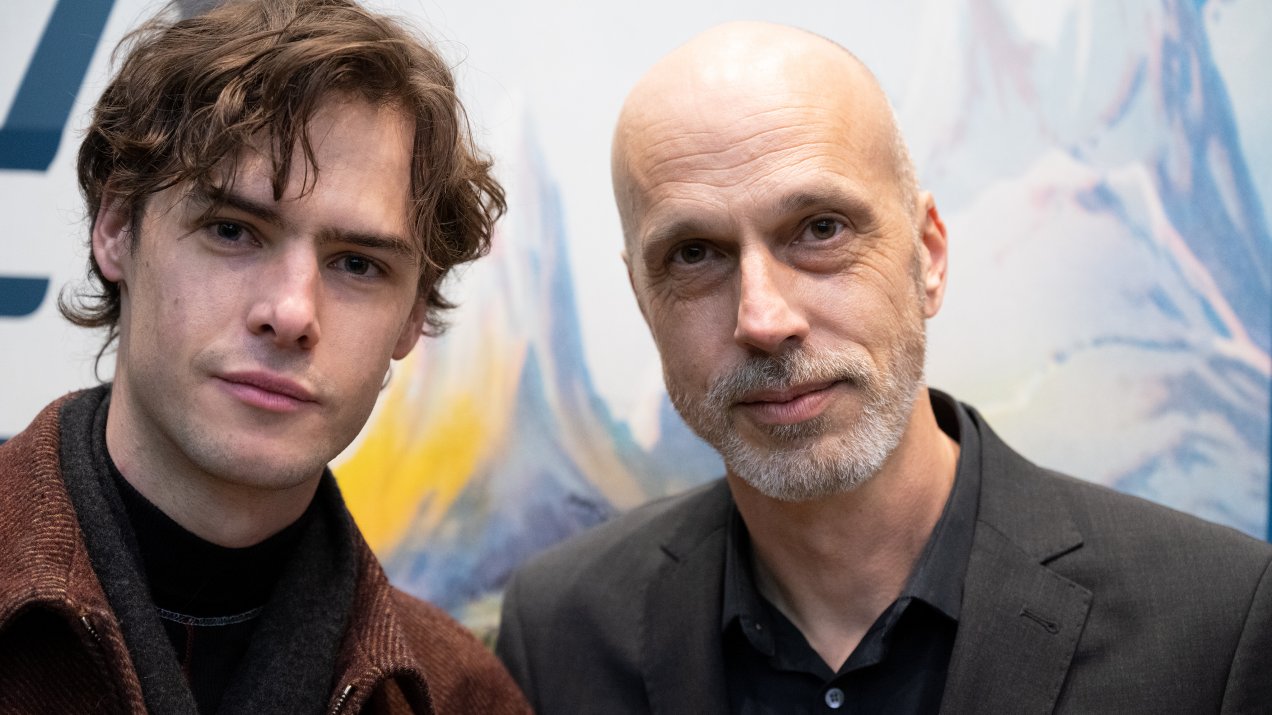 No filmmaker makes a film for a small screen. Support your local cinemas! 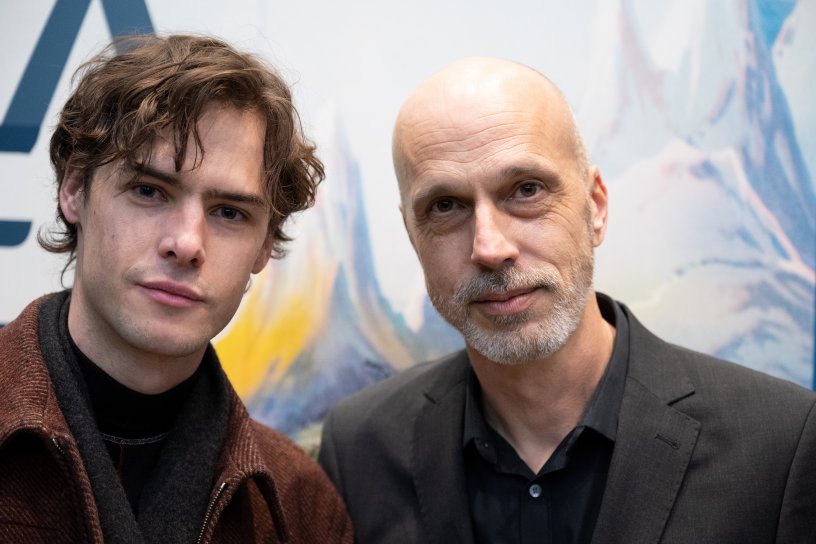 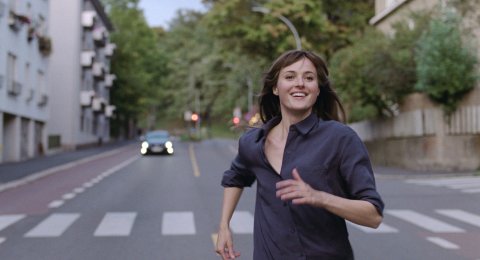 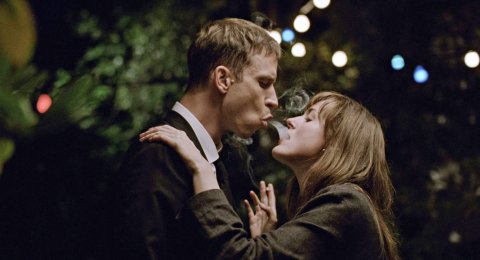 Joachim Trier’s deft, incisive movies about youth and personal velocity portray the wobbly turning points of life and the hard decisions that come with them. Julie is at one such turning point, finding her way out of one relationship and perhaps into another (and not at all sure where to find professional fulfillment). What both Trier and his captivating star understand is the illusion and seduction of absolute certainty in matters of the heart. Reinsve brings an effortless core of emotion and sincerity to her character, who feels unassumingly recognizable in the varying degree of her self-understanding. Her boyfriend Aksel is an underground comic book artist, a relationship veteran with the benefit of hindsight but not always the ability to communicate it.
Trier reframes the chronologies of Julie’s life in fresh ways, freeing the story from judgmental narrative conventions. Having explored the lows of depression in OSLO, AUGUST 31ST and the heights of early fame in his debut feature REPRISE, Trier and his screenwriting partner Eskil Vogt craft a character study that sits with the nuances and contradictions of love and living that all too often are explained away. (Nic Rapold)

In the presence of Renate Reinsve. 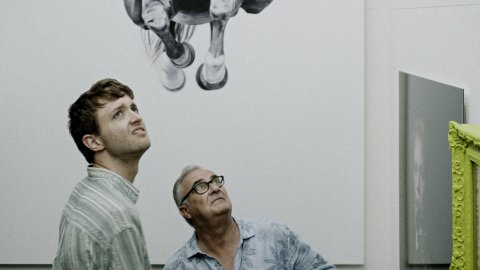 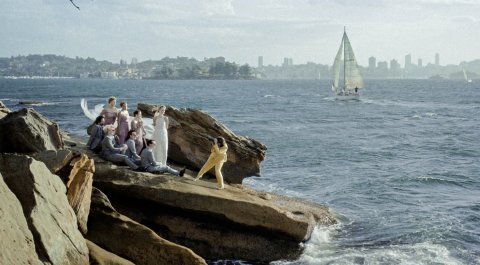 Comfortably middle-class Alice and Ray are trying to figure out their paths in a world that promises them everything, except how to attain it. An impromptu camping trip together yields odd encounters with random folk and deeper uncertainty about their own futures. Months later, Ray still appears to be stuck in a nonsensical dream as he half-arsedly pursues his professional aspirations. In an unexpected screwball turn, a preliminary meeting for a videography job heralds signs of the possible existential chaos to come.
This modern unashamedly modernist Australian film, where form and content fortuitously intermingle, grapples with the confusion, contradiction, and absurdism of the wealthy eastern suburbs of Sydney, where art is displayed as a status-trophy to a ridiculous extent, even as the worthiness of the pursuit of an artistic life is simultaneously derided.
This ever-intriguing debut feature by James Vaughan destabilizes narrative expectations from the outset, as major characters drop out of the film, just because. A surface-level casualness belies Vaughan’s cinematic control and deft handling of youthful ambivalence. With sharp social awareness and humor, it grapples with the unfindable in an affluent colonial outpost. (Michelle Carey) 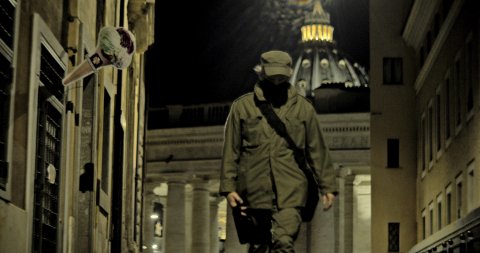 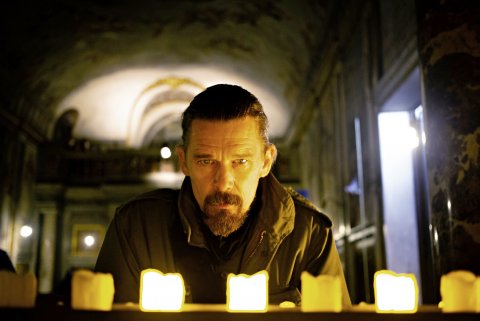 In the midst of a pandemic, life somehow goes on. In Abel Ferrara’s latest feature, this means that global techno-warfare continues unabated, only now with a healthy squirt of hand sanitizer. Following the career high point of SIBERIA, Ferrara delivers a film whose bold images and complicated anti-narrative recall earlier achievements such as THE BLACKOUT and NEW ROSE HOTEL. Depicting a time period somewhere between Covid and an unspecified future, ZEROS AND ONES is a film about global warfare and omnipresent terrorism, and the thin line between those devoted to protecting the old order and those laying down their lives to bring it down. Ethan Hawke plays twin brothers, one an American soldier, the other a revolutionary, but in essence they are simply two sides of the same coin. Hawke’s military man is, ironically, a kind of photographer. ZEROS AND ONES suggests an intimate connection between expanded vision and political control. Thermal imaging, night vision cameras held like weapons, and Zoom calls from quarantine: all are agents in the degradation of the visual world into “data”. By contrast, Ferrara’s extreme low-light cinematography (courtesy of Sean Price Williams) suggests that freedom and beauty exist well beyond the greedy eye’s reach. (Michael Sicinski)

In the presence of Abel Ferrara and Cristina Chiriac. 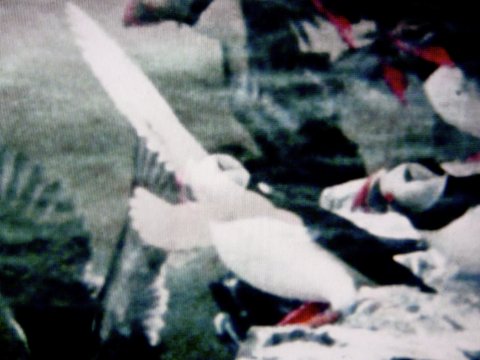 “Nature, the inexhaustible resource of encounters worthy of speechless communication,” declares Abbas Kiarostami in Fergus Daly’s beautiful journey. How can cinema free itself of its anthropocentric and industrial determinations? Each of the films presented here offers a solution, be it iconographic or technical, whether it involves renewing a representation or producing one’s own film reels, dancing with one’s whole body with nature as one’s partner or imagining a sound as animals might perceive it. (NB)

Abel Ferrara
Director of
ZEROS AND ONES

Cristina Chiriac
Actress in
ZEROS AND ONES

WHAT IS HAPPENING AT THE VIENNALE BAR TONIGHT?

Radu Muntean met with Patrick Holzapfel to reflect on the moral questions of his film ÎNTREGALDE. The filmmaker talks about the contradictions related to humanitarian aid, filming poverty and the attempt to film without judging.