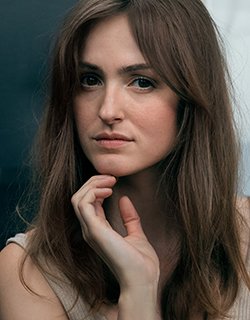 Renate Reinsve went to Statens Teaterhøgskole (the State Theater High School) and had her debut performance in Peer Gynt at Trøndelag Theater (2013). She has won several prizes for her roles on stage and has been assigned at Det Norske Teatret (The Norwegian Theatre) in Oslo since 2016. In 2016 she also co-starred in the feature film WELCOME TO NORWAY and was nominated for the Norwegian Amanda Award for Best Female. She also had a small appearance in Joachim Trier's film Oslo, August 31st. Her role as Julie in THE WORST PERSON IN THE WORLD is her first lead role in a feature film, which has already brought her the award for Best Actress in Cannes 2021.