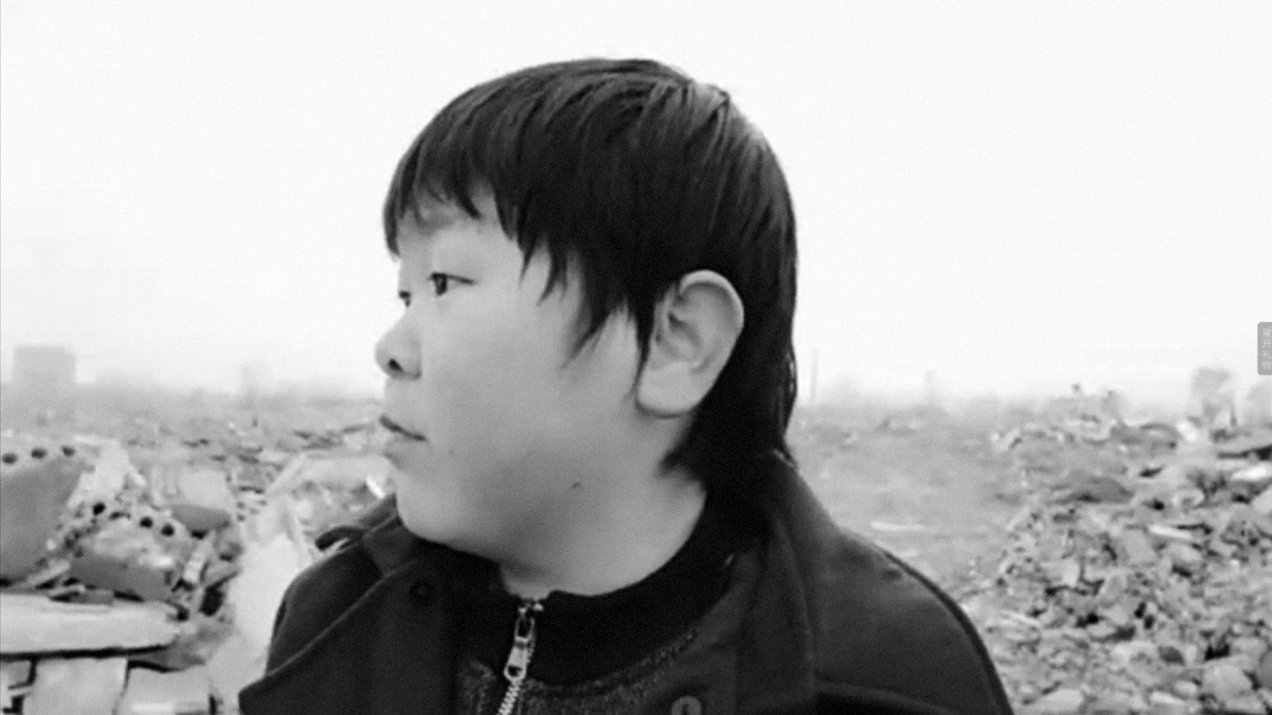 A Photo (of all the hard drives Shengze Zhu used to store the live-streaming footage): 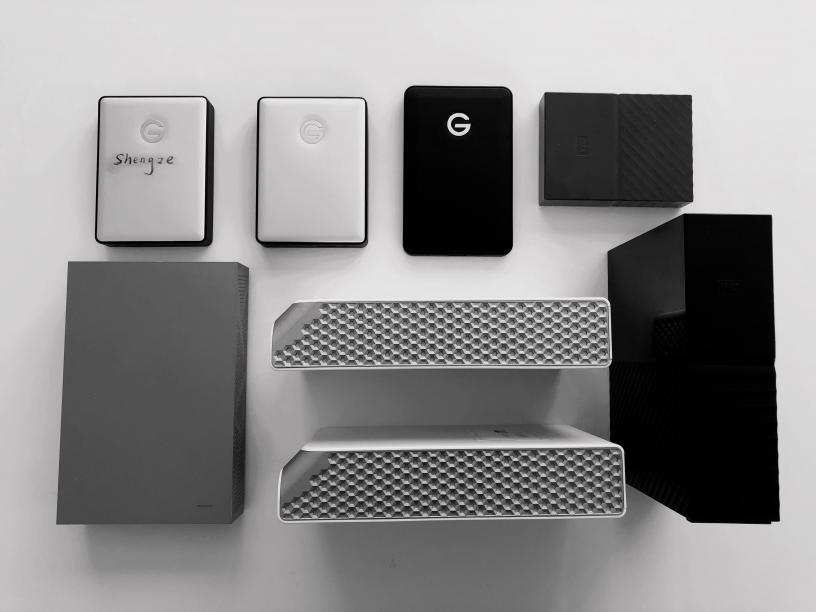 I’ve been attentively following a vast array of Chinese live-streaming anchors for almost a year. More than 800 hours of footage has been collected. At first, I was astounded and intrigued by certain absurd, bizarre activities, for example, a young man letting dozens of worms crawl around his mouth, then chewing them alive and swallowing them with a bottle of yogurt, or two middle-aged men holding each other and rolling their naked bodies on a large frozen lake with quasi-rock music. Insane stream of live comments (also called “bullets”) and virtual gifts like planes and rockets often swept across my computer screen when I was watching this kind of shows. I know that hundreds or even thousands of people were watching it at the same time —— well, it perhaps isn’t accurate enough to say “at the same time”, since most of them should watched the show in China while I did so in Chicago. But I did feel that the physical distance and time difference between us was eliminated. We watch the show simultaneously, regardless of where we are and what time it is, and more crucially, we instantaneously experience what others are experiencing.

My focus thus gradually shifted to the digital hangouts and virtual togetherness formed through live-streaming, especially after I found out that there are actually a great number of anchors who don’t really care about how many fans they have or how much money they could earn through streaming their lives. What motivates them to turn on the camera is the ease of getting connected with like-minded people, and what they cherish most in the cyberspace is a companionship they hardly could seek in the real world. Of course, this number is tiny compared to the enormous amount of people who are enticed by fame and fortune in the live-streaming industry and who aspire to be “Internet celebrities”. Nonetheless, their lone existence is exemplary for us to re-evaluate our cravings for human connection in this digitally connected world.

Live-streaming is essentially a social experience. Through the “bullet screen” function, the audience can interact with the anchor as well as each other simultaneously in real-time. The “bullets” sometimes can become so dense that they basically obscure the entire screen. In this case, the point is often not to watch the show, but simply to gather together. Such instant interaction reinforces the sense of companionship in the streaming community. Although the showrooms don’t exist physically, the shared emotions and feelings generated in such virtual space are real.

In addition, although anchors use fake Internet names, most of them don’t mask their real identity online. Instead, they want to share with others their stories or even the most personal moments of their lives. This is particularly true when comes to those who are less socially active in real life. Some live in remote countryside, some are stuck in menial and dead-end jobs, some have disabilities... These are people who hardly could find their own place in the real world, thus finding themselves lonely, isolated and alienated. It’s only in this virtual society that they can really be themselves or even go beyond their identity, regardless of gender, sexuality, education and social-economic status. This largely explains why many anchors are from lower-tier cities or rural areas, and why people with disability who fear face-to-face interaction have the courage to put the spotlight on themselves. It’s essentially an existence full of loneliness, of hunger for connection.

As live-streaming gains prominence in the lives of many anchors, it’s no longer separable from their real life, but an integral part of it. Many turn the camera on for eight hours or more every day, persistently showing every aspect of their lives and enthusiastically interacting with people they would never meet offline. For them, the communication in the cyberspace seems more real than the actual world around them, and they enjoy their lives much more in the virtual society than in the real one. Such friendship might not last long —— just like live-streaming itself, which is doomed to be replaced by other forms of interaction and communication with the development of new technology, but at least, it brings profound warmth to these lonely hearts at the moment.

Last but not least, I want to point out a fact that, as an explosive industry that grows at an astounding speed —— in 2017, China’s live-streaming industry produced revenue of more than 4 billion USD with more than 400 million netizens actively involved, but back to 2010, it barely existed in China —— its rapid growth and the spread of anonymous, unregulated and user-generated content has already caught the attention of the authority. Thousands of showrooms were shut down, and a formal set of regulations and laws have taken effect since 2016, aiming at cleaning up the cyberspace as well as maintaining cybersecurity. Although streaming anchors can determine their online persona, they must now register the account with their real name and citizen ID number, and their online behaviors are strictly regulated.