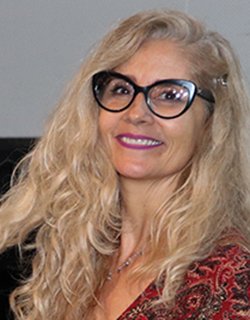 Brazilian journalist, scriptwriter and director Cláudia Nunes worked for many television and radio channels as reporter, television and radio anchor, and editor along the 80’s and 90’s. After that her interest for different audiovisuals languages increased, so she began to produce, write and direct documentaries and independent films, in which she turns to social issues as the children and adolescents of the former Goiás Minor’s Centre in NÚMERO ZERO, and land and city conflicts, as in RAPSODIA DO ABSURDO.
Films (selection): JUST SHOOT ME (2010), NÚMERO ZERO (2010), A BICICLETA E O ESCURO (2008), RAPSODIA DO ABSURDO (2008), O DONO DA PENA (2006)