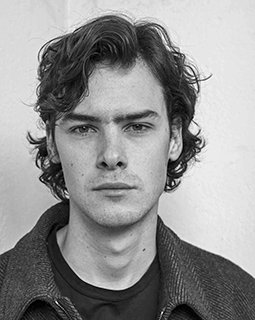 Thomas Prenn, who grew up in Toblach in South Tyrol, studied at the Berlin Academy of Dramatic Art "Ernst Busch" from 2014 to 2018. During his studies, he shot for film and television with Volker Schlöndorff (DER NAMENLOSE TAG), Terrence Malick (A HIDDEN LIFE) and Stefan Ruzowitzky & Michael Krummenacher (ACHT TAGE), among others. In 2018 he stood in front of the ARD cameras for the Black Forest Tatort in the title role of Damian, directed by Stefan Schaller. He was awarded the Studio Hamburg Young Talent Award 2019 for his acting performance.

Thomas Prenn was an ensemble member at the Badisches Staatstheater Karlsruhe in the 2018/19 season and could be seen in EUROPA FLIEHT NACH EUROPA (director: Alia Luque) and as Claudio in Shakespeare's VIEL LÄRM UM NICHTS (director: Lily Sykes), among others. In the summer of 2019, he filmed his first leading role in the feature film HOCHWALD by Evi Romen, for which he was awarded the Austrian Film Award for Best Actor, and subsequently appeared in front of the camera in the main cast of the Netflix series "BIOHACKERS". This was followed by filming alongside Franz Rogowski and Georg Friedrich for the feature film GROSSE FREIHEIT, directed by Sebastian Meise. In the summer of 2021, Thomas Prenn shot the feature film UNTER DER HAUT DER STADT by Chris Raiber in the leading role.