Back to Shop Overview 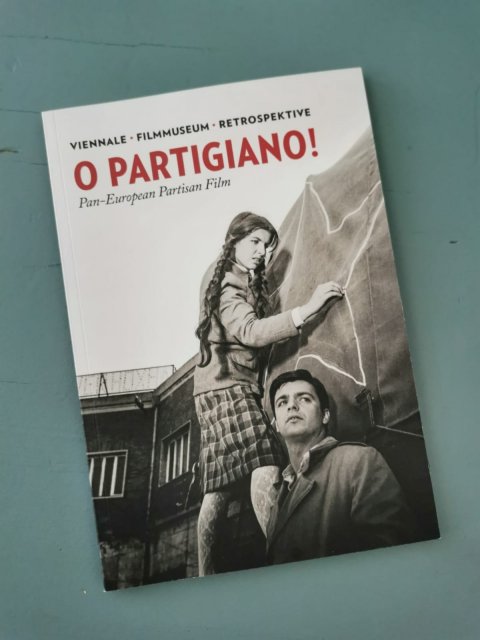 Accompanying the retrospective of the Viennale in 2019, the book "O partigiano!" is published with texts by Jurij Meden on all the films shown. 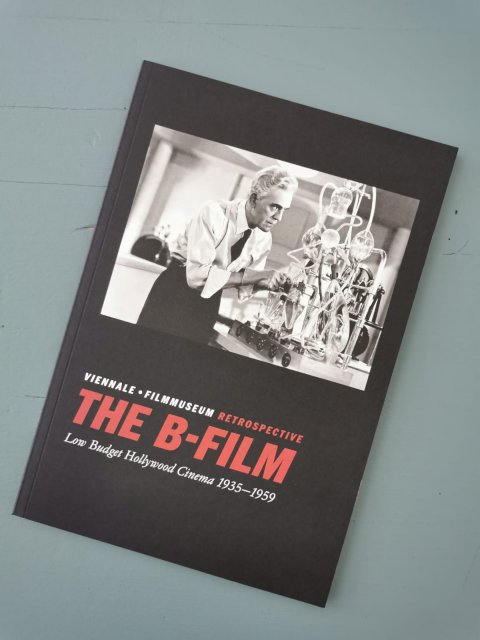 Accompanying the retrospective a book appears on THE B-FILM with an introduction by Haden Guest and Essays by Joe Dante and Imogen Smith as well as the reprint of a description of the daily production routine in a B-Film-Studio by Nick Grinde from the year 1945. Also included are descriptions of all the works shown at the retrospective. 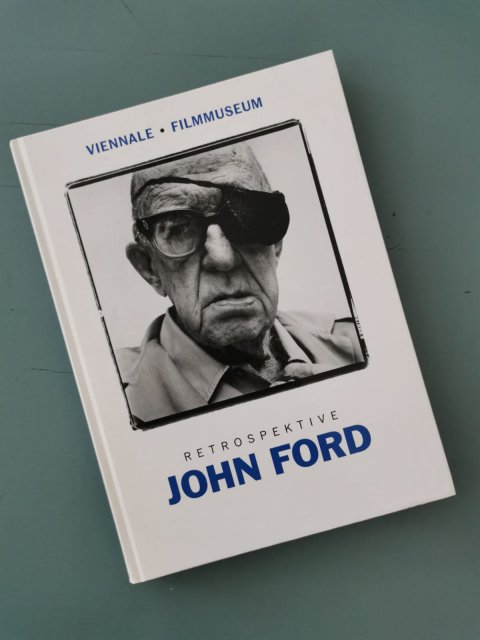 A Viennale publication accompanying the John Ford retrospective of the Viennale and the Austrian Film Museum 2014. Featuring texts and essays on the filmmaker by Susanne Röckel, Harry Tomicek and Hartmut Bitomsky among others. Edited by Astrid Johanna Ofner and Hans Hurch. (Hardback in the format 7,7 x 6,5 inch) 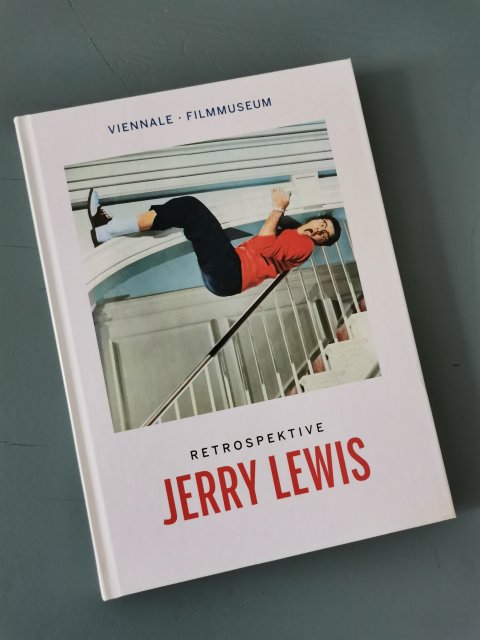 A Viennale publication. Edited by Astrid Johanna Ofner and Hans Hurch. Accompanying the Jerry Lewis retrospective of the Viennale and the Austrian Film Museum 2013, featuring texts and essays on the filmmaker. (Hardback in the format 7,7 x 6,5 inch) 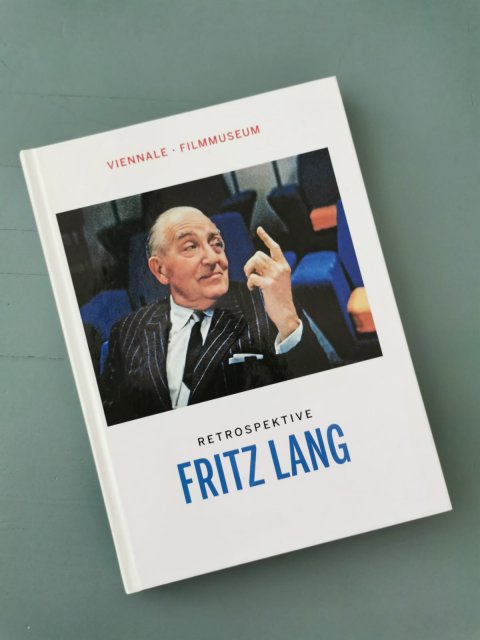 The catalogue to the retrospective Fritz Lang with plenty of interesting essays and information on all the films. 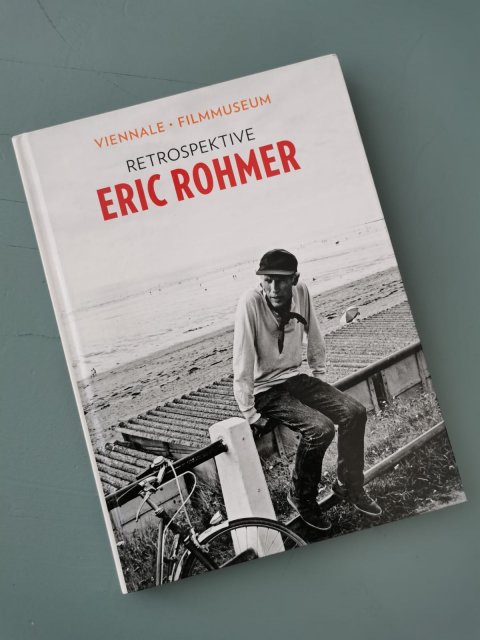 A Viennale publication. Edited by Astrid Ofner, Stefan Flach and Claudia Siefen. Accompanying the retrospective Eric Rohmer of the Viennale and the Austrian Film Museum, a book written in English, featuring texts and essays by Frieda Grafe, Cyril Neyrat and Serge Daney. Plus extensive material for every film screened within the retrospective. (Hardback in the format 7,7 x 6,5 inch) 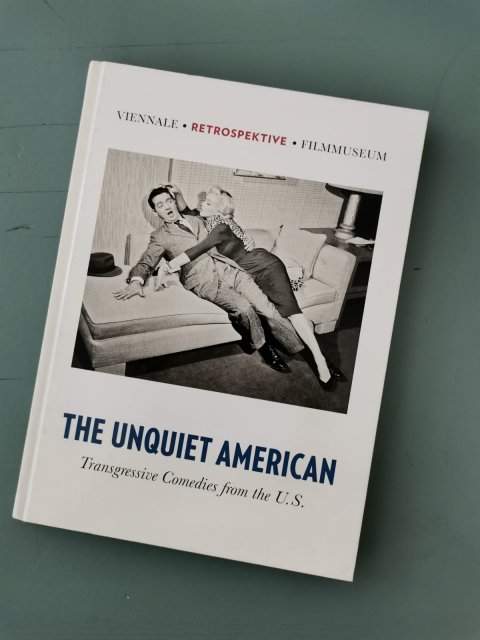 A Viennale publication. Edited by Astrid Ofner and Claudia Siefen. Accompanying the retrospective "The Unquiet American. Transgressive Comedies from the U.S." of the Viennale and the Austrian Film Museum, a book written in English, featuring texts and essays by curator Jonathan Rosenbaum. Plus extensive material for every film screened within the retrospective. (Similar to last year's edition as a semi-hardback in the format 7,7 x 6,5 inch) 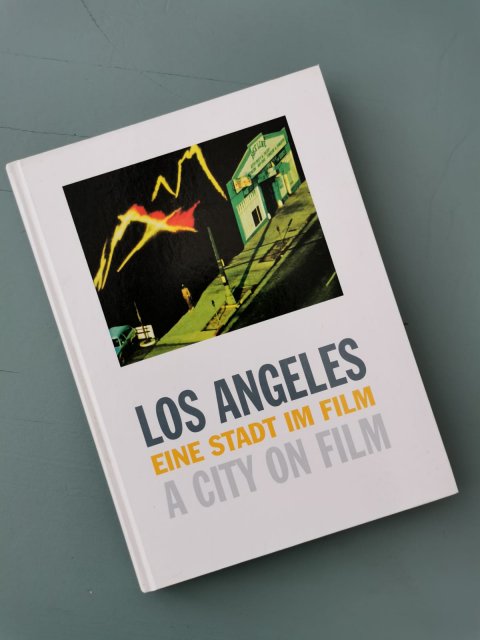 A Viennale publication. Edited by Astrid Ofner and Claudia Siefen. Accompanying the retrospective "Los Angeles. A City in Film" of the Viennale and the Austrian Film Museum, a book written in German and English, featuring texts and essays is published. Plus extensive material for every film screened within the retrospective. (Similar to last year's edition as a semi-hardback in the format 7,7 x 6,5 inch) 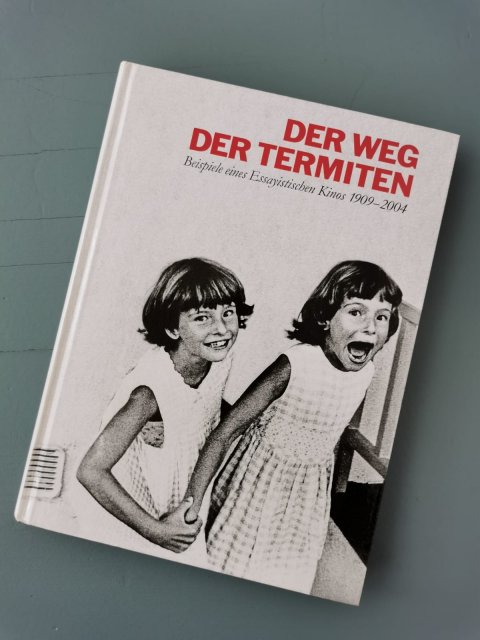 Retrocatalogue V'07 THE WAY OF THE TERMITE

A Viennale publication. Edited by Astrid Ofner. Accompanying the retrospective "The Way of the Termite. The Essay in Cinema 1909-2004" of the Viennale and the Austrian Film Museum, a book written in German and English, featuring texts and essays by an-Pierre Gorin, Erich von Stroheim, Glauber Rocha, Manny Farber is published. Plus extensive material for every film screened within the retrospective. (Similar to last year's edition as a semi-hardback in the format 7,7 x 6,5 inch) 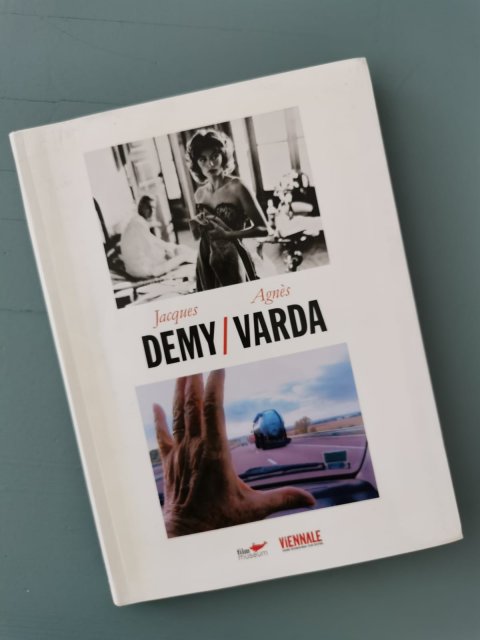 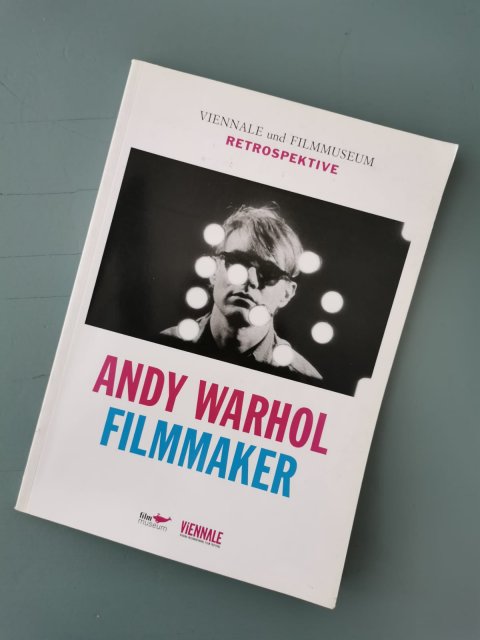 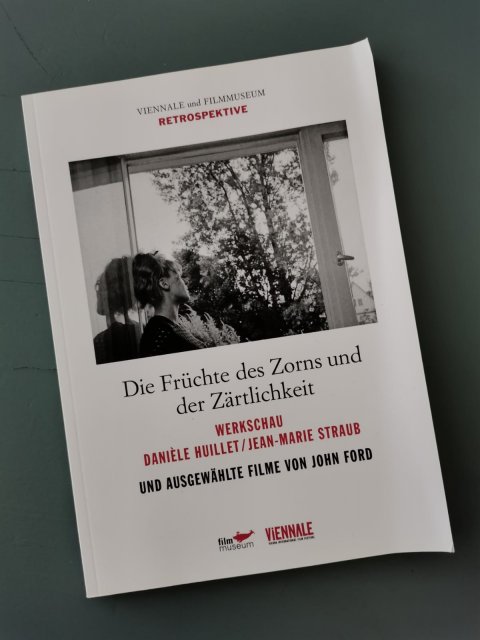 Retrocatalogue V'04 THE GRAPES OF WRATH AND TENDERNESS

Accompanying the retrospective "The Grapes of Wrath and Tenderness. Retrospective Danièlle Huillet/Jean-Marie Straub", a publication featuring texts and essays by Tag Gallagher, Jacques Bontemps, Harun Farocki, Pedro Costa on Straub/Huillet as well as Hartmut Bitomsky, Jonathan Rosenbaum and Peter Bogdanovich on John Ford. Extensive material provided for every film shown in the retrospective. 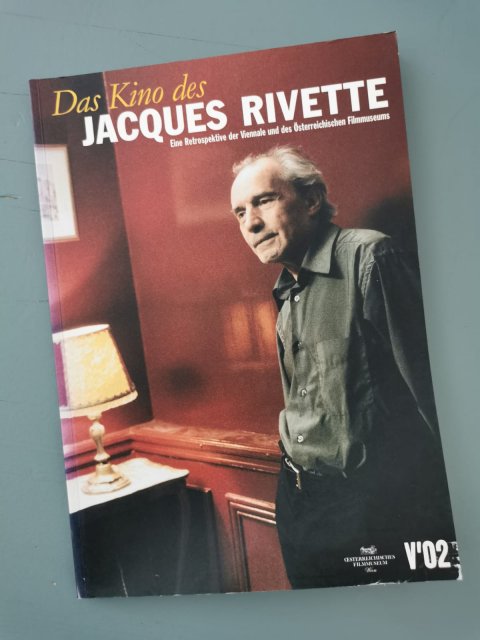 Accompanying the retrospective on the cinema of Jacques Rivette, a publication featuring texts and essays by Juliet Berto and Hélène Frappat; interviews with Jacques Rivette, his director of photography William Lubtchansky, his sound engineer Pierre Gamet, the actors Bulle Ogier and Emmanuelle Béart on the subject of the director's work method; as well as an account of the film shoot "Duelle" by Jonathan Rosenbaum. The volume ends with film reviews Rivette once wrote for the Cahiers du cinema. 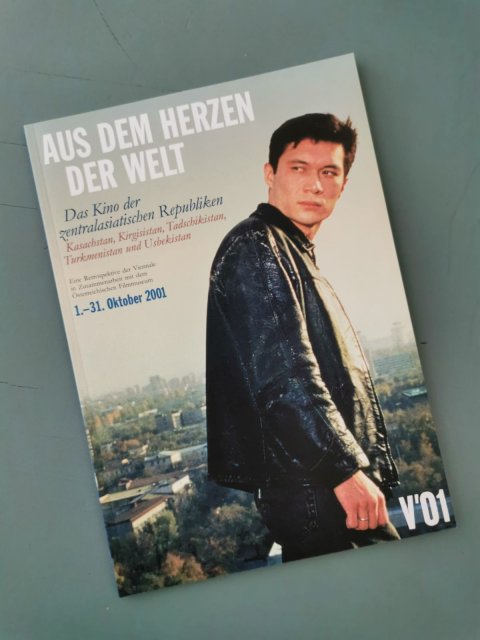 Retrocatalogue V'01 FROM THE HEART OF THE WORLD

Accompanying the retrospective on Central-Asian cinema, the publication is featuring texts and essays (in both German and English) by Gulnara Abokejeva, Eva Binder, Gönül Dönmez-Colin, Cloé Drieu, Jekaterina and Jevgenja Golownja, Willi Karow, Herbert Krill, Raschid Nugmanow, and Georg Warning. Most of the texts were especially written for this catalogue and deal with the history and the present situation of filmmaking in Central Asia and production processes under which films are created in the five republics. The publication also includes texts on the geopolitical situation of the region and photographs by Karl Katzinger. 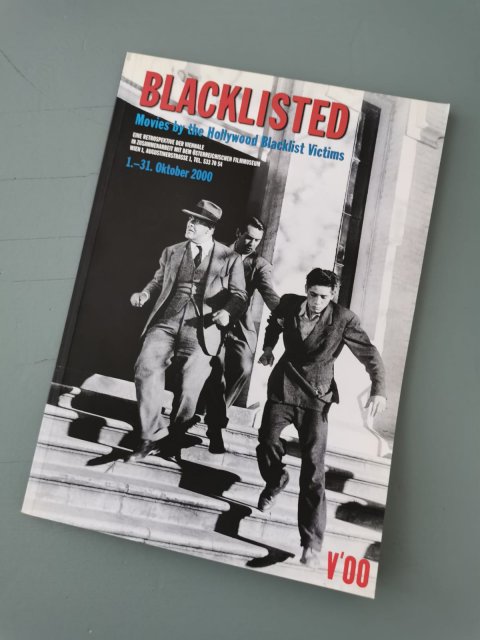 MOVIES BY THE HOLLYWOOD BLACKLIST VICTIMS Every year the Viennale is honored internationally for its' extensive historical retrospective in collaboration with the Austrian Film Museum. In 2000 the VIENNALE Retrospective is entitled BLACKLISTED - Movies by the Hollywood Blacklist Victims, was illuminating one of the darkest chapters in American film history: the persecution of so-called ãUn-American" ­ i.e. liberal ­ activities of filmmakers throughout the country by right-wing politicians and organizations. While the subject is generally connoted with the name of Republican Senator Joe McCarthy and a relatively brief period of time from the mid-forties to the early fifties, the VIENNALE Retrospective proved that the roots of this movement against unwelcome ­ meaning critical and socially motivated ­ filmmakers lie further back and that its' results reach far beyond the McCarthy era. This was made clear in the historical arch from 1937 to 1969 of the over 40 films shown, many of which are absolute historical rarities. The Retrospective portraid the break in tradition of realist, committed liberal filmmaking within the United States and its' meaning. The VIENNALE won over Thom Andersen and Noël Burch to act as curators for this one-of-a-kind retrospective. Andersen and Burch have extensive experience as essayists, film historians and directors. They collaborated on the 1995 documentary Red Museum. In 1997 they published the topical book "Les Communistes de Hollywood". Both curators placed especial importance on the connection between the Retrospective and current political events in Austria: "We find ourselves hoping that those films made in the United States during the 1930s, 1940s, 1950s and 1960s to expose the contemporary manifestations of fascism, racism, sexism and capitalism will resonate in Austria in the year 2000, that they might be able to speak from one dark time to another(to quote Brecht on Hamlet)." A comprehensive publication of essays, interviews and biographical material in German and English. With essays by Thom Andersen, Noel Burch, John Howard Lawson, Charles Eckert, Jonathan Rosenbaum and J. Hoberman. 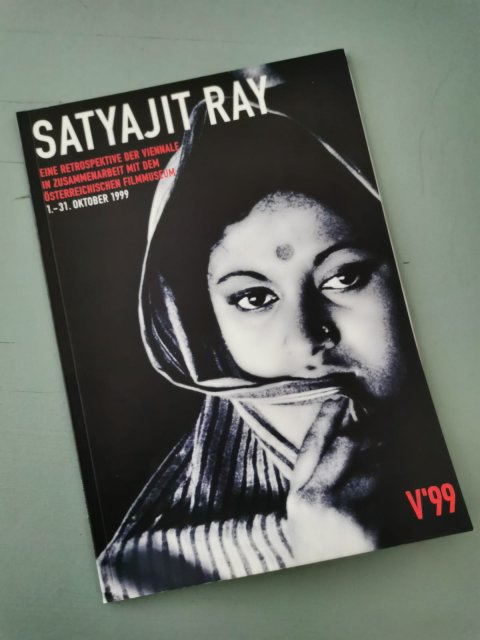 "Those who don't know the cinema of Satyajit Ray", Akira Kurosawa wrote on the occasion of Ray's death in 1992, "live in a world in which there is no sun and no moon". Includes selected essays (by Frieda Grafe, Chidananda Das Gupta, Charles Tesson, Pauline Kael, Ashish Rajadhyaksha), interviews with Ray (by Christian Braad Thomsen and by Danièle Dubroux and Serge Le Péron) and texts accompanying all films of the Indian director's oeuvre. 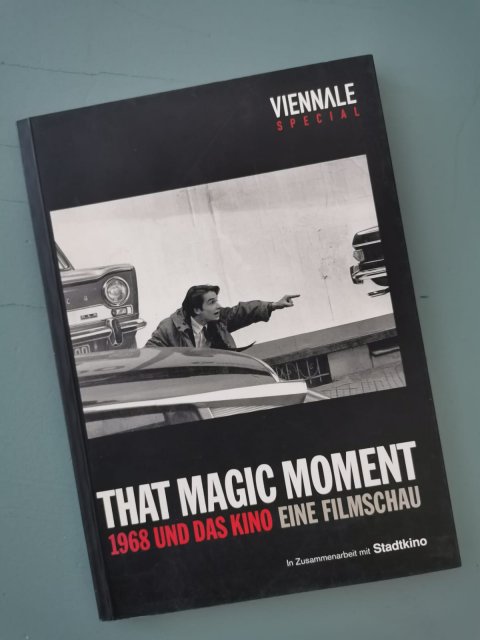 1968 UND DAS KINO For the cinema, as in politics, 1968 is a key moment: For a historical moment, it seemed possible that the many alternatives to Hollywood's hegemony might rewrite history. Chris Marker's words of twenty years ago are still valid for these films today: "And above all, at last a dialogue is possible now between all those voices which for a brief moment were all brought together by the historical illusion of 1968. We hope that montage can give history back its polyphony." With essays by Luc Moullet and Jonathan Rosenbaum, contributions by Bruce Baillie, Les Blank, Jean-Luc Godard, Miklós Jancsó, Jonas Mekas, Peter Nestler, D.A. Pennebaker and Glauber Rocha and others, as well as selected texts on the films of the retrospective. 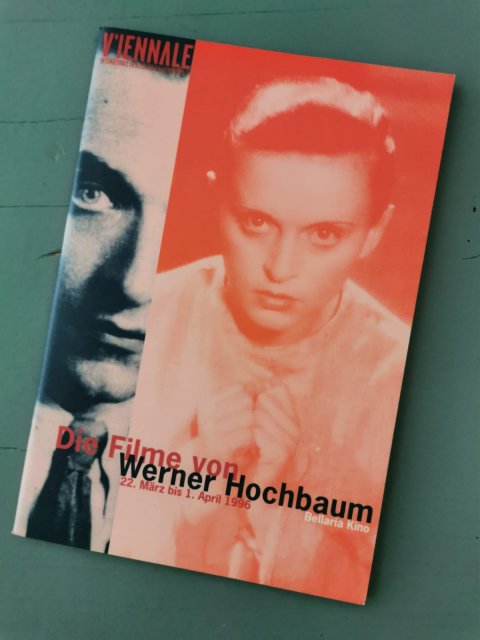 Publication THE FILMS OF WERNER HOCHBAUM

To this day, film director Werner Hochbaum is one of the great unknown classics of German language cinema. His four Austrian productions (1935/36) ­ especially Vorstadtvarieté ­ are among the most beautiful films ever made in Austria. Hochbaum's oeuvre ranges from socialist agitation films (Brüder) to witty comedies (Man spricht über Jacqueline). He is the "author of anxiety neurosis" (Karsten Witte) in Morgen beginnt das Leben and the author of realistic social studies (Razzia in St. Pauli). He supported the avant-garde and created brilliant melodrama. Publication accompanying the retrospective, with essays by Daniela Sannwald/Robert Müller and David Robinson as well as three essays on film aesthetics by Hochbaum himself. 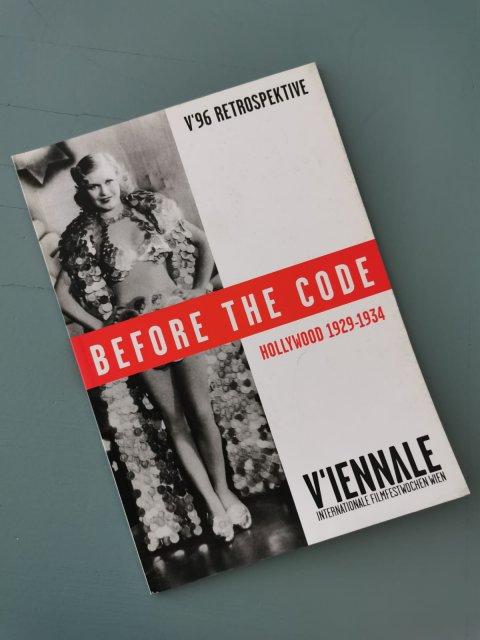 Retrocatalogue V'96 BEFORE THE CODE

HOLLYWOOD 1929 - 1934 At the time when Europe's innovative cinema was cut off or driven out by fascism and Stalinism, in Hollywood the 1934 "Production Code", a perfidious and perfect system of "voluntary censorship", put an end to the liberties and boisterousness of the early thirties. A comprehensive overview of "the wild years" "before the code", fascinating cinema from the era before classic Hollywood. Includes an extensive essay by Daniela Sannwald and Robert Müller as well as texts on the ca. 75 films represented in the season. 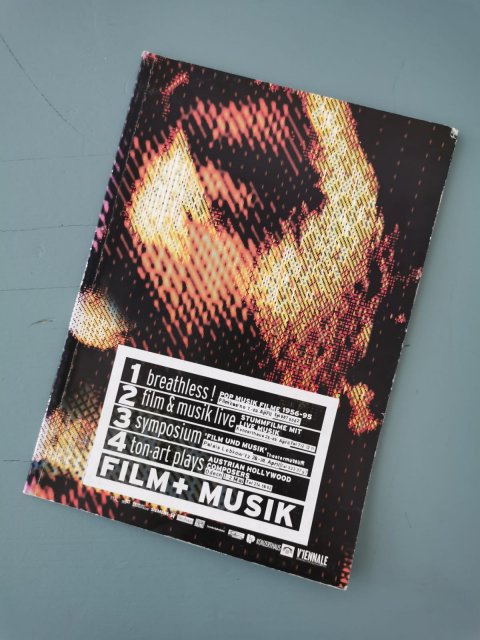 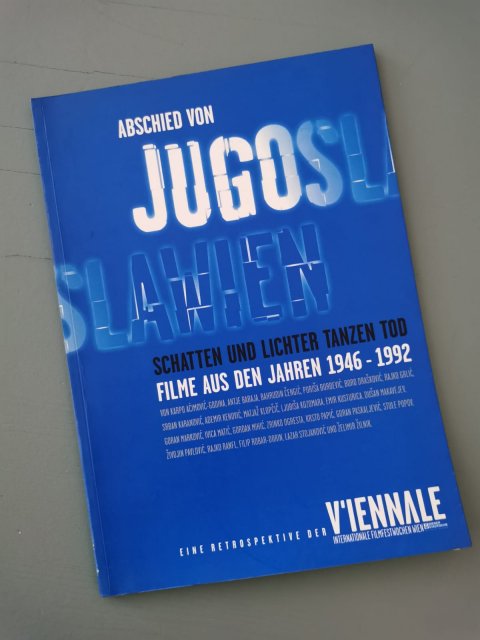 SCHATTEN UND LICHTER TANZEN TOD. FILME AUS DEN JAHREN 1946 - 1992 Why did the internationally renowned critical Yugoslavian cinema never make its way to Austria's cinemas or TV screens? High time to make up for what was neglected for decades: light and shadow intertwined in a dance of death. A radically subjective view of the cinematography of Austria's former neighbour to the south provides an opportunity to catch up on Bertolucci's experience and to gain (film) political insights. (Otto Reiter) Publication accompanying the retrospective, including essays by Otto Reiter and Nevena Dakovic as well as interviews with Emir Kusturica and Dusan Makavejev.