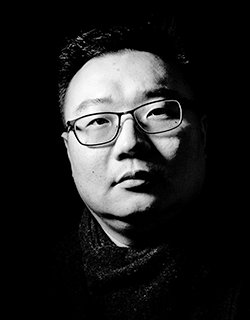 Zhengfan Yang is a writer, director, producer and visual artist. Born in 1985 in China, Zhengfan Yang started making films at age of 22, when he graduated from law school. After receiving basic training in filmmaking, he moved to Hong Kong for an MFA program in film production and, in 2010, he co-founded Burn The Film Production House with Shengze Zhu. He directed several shorts DISTANT is his feature film debut, which premiered at Festival del Film Locarno and screened internationally at the Vancouver IFF, Warsaw FF, Nantes 3 Continents, among others. His feature documentary WHERE ARE YOU GOING (2016) premiered at the IFF Rotterdam and received the Jury Award at China Independent Film Festival and the Best Experimental Film Award at South Taiwan Film Festival. His latest short DOWN THERE (2018) premiered at the Venice IFF in the Orizzonti section, and screened at the New York FF, Busan IFF, AFI Fest, among many others. Yang has also served as producer and cinematographer for two documentaries directed by Zhu: OUT OF FOCUS (2014) and ANOTHER YEAR (2016).
Films: WAN MEI XIAN ZAI SHI (2019, producer), DOWN THERE (2017, director), LIQUID IMAGE (2017, director & producer), YOU YI NIAN (2016, producer), WHERE ARE YOU GOING (2016, director & producer), XU JIAO (2014, producer), YUAN FANG (2013, director & producer), THE SURROUNDINGS (2011, director & producer)