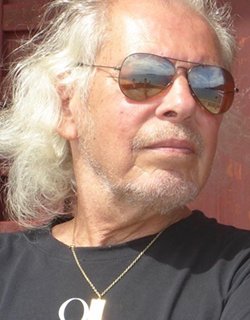 Born in 1945, is a German director and author. He studied theatre science and philosophy. From 1972 he worked as an editor for the magazine Filmkritik. After a series of television documentaries (including for WDR), Buhler directed three feature films in the 1980s. He then turned to writing travel guides, including the first travel guide for Vietnam, which was published in its twelfth edition in 2014. In 2015 the Munich Film Museum dedicated a retrospective to him, at the Locarno Festival 2018 he was awarded the "Lifetime Achievement Award" for his work. Films: LEUCHTTURM DES CHAOS (1983, doc), DER HAVARIST (1984), AMERASIA (1986).