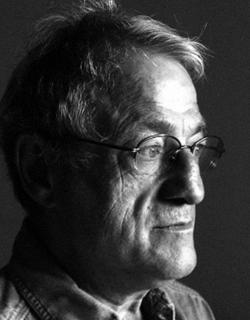 Born in 1948 in Vierzon, France, is a French sculptor, architect and director. He graduated from the École Nationale Supérieure des Beaux-Arts de Paris. Having studied under the great architect Louis Kahn, he also has a doctorate in Urban Planning and a degree in architecture. From 1967 to 1975, he studied architecture in France and then in the United States. He practiced architecture and built social housing, rehabilitations, and the reconversion of the Théatre le Palace in Paris. From 1982 he stopped this activity and devoted himself to sculpture. In 1995 Vincent Barré made his first films, which bear the traces of his sculptural vision and his travels. His meeting with the visual artist and director Pierre Creton and the installation of a workshop in the Pays de Caux led him to regularly co-direct short films with him. These films have been shown at the FID in Marseille, and in various festivals in Europe.
Films (selection): DÉTOUR SUIVI DE JOVAN FROM FOULA (2005), L’ARC D’IRIS, SOUVENIR D’UN JARDIN (2006), MÈTIS (2007), SIMON AT THE CRACK OF DAWN (2016, mit Pierre Creton), PETIT TRAITÉ DE LA MARCHE ENPLAINE (2014).