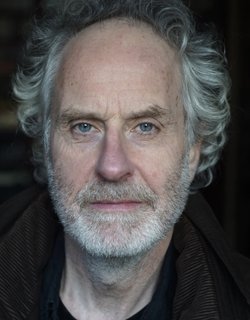 Director of
A DOG CALLED MONEY

Seamus Murphy is a cinematographer, photographer and director, known for A DOG CALLED MONEY (2019), A DARKNESS VISIBLE: AFGANISTAN (2011) and FRONTLINE/WORLD (2002).
Murphy grew up in Ireland and is based in London. He is the recipient of seven World Press Photo awards for his photographic work in Afghanistan, Gaza, Lebanon, Sierra Leone, Peru and Ireland and received The World Understanding Award from POYi in the USA for his work from Afghanistan and a film he made based around this work was nominated for an Emmy and won the Liberty in Media Prize in 2011. He has also collaborated with musician PJ Harvey on projects varius projects. Patti Smith listed Murphy’s film for Harvey’s The Words that Maketh Murder as one of her Top 10 artworks, saying “... this unheralded piece (directed by Seamus Murphy) is a wisp of humanity celebrating the small things. “
Murphys work has been published and exhibited widely.