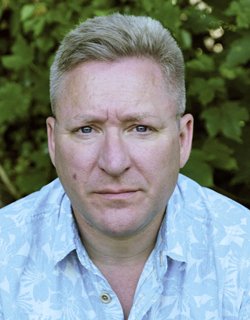 Born 1970, is an English photographer and artist, film maker and art teacher. He made various shorts, and his work has mostly concerned his family, the place he grew up in the West Midlands, but also landscapes elsewhere. Richard Billingham is best known for his publication „Ray's A Laugh“ which documents the life of his alcoholic father Ray, and obese, heavily tattooed mother, Liz. He won the Citibank Private Bank Photography Prize and was shortlisted for the Turner Prize. His work is held in the permanent collections of Tate, the Victoria and Albert Museum, and Government Art Collection in London. RAY & LIZ premiered at Locarno Film Festival in August 2018, where it won a Special Mention.
Films (selection): FISHTANK (1998), LIZ SMOKING (1998), RAY IN BED (1999, SHORT), PLAYSTATION (1999, SHORT), RAY (2016)