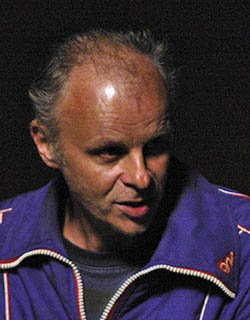 Reinhard Jud lives as an author, director and dramaturge in Vienna, was a journalist for Spex, ORF radio and the daily newspaper "Der Standard", as well as editor-in-chief of the film magazine "Filmlogbuch". Has written and directed several feature films and documentaries: "James Ellroy - Demon Dog Of American Crime Fiction", "Kameni Grad", "Slidin`- Alles bunt und wunderbar", "Weg in den Süden". He wrote the screenplays for "I Love Vienna" and "Höhenangst", both directed by Houchang Allahyari. Collaborated on various screenplays, dramaturge on "Stimmen" by Mara Mattuschka and "3.400 Semmeln"" by Heinz Treczak, among others. 1990 Carl Meyer Prize for "Mond in Cyan", 1995 Thomas Pluch Prize for "Höhenangst". Since 1999 chairman of the jury of the Carl Meyer Screenplay Award in Graz.