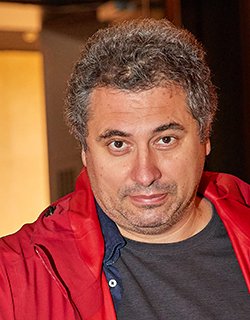 Born in Bucharest in 1977, studied media. Assistant to Costa Gavras and Cristi Puiu. His short film THE TUBE WITH A HAT (2006) is awarded several times. His first feature-length film THE HAPPIEST GIRL IN THE WORLD (2009) premiered at the Berlinale.