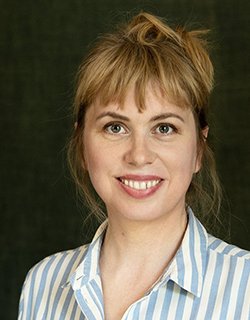 Nora Friedel works in film production and distribution, among others with Nina Kusturica Projects, La Banda Film, Nikolaus Geyrhalter Film, Amina Handke. She is also active as a screenwriter and director. In 2022 she will write the screenplay for a TV crime thriller (ORF/ARD) and work on her first feature film. Before that she realizes the short feature film Mimikri, for which she receives the Thomas Pluch Drehbuch Preis 2017. Born in 1978, she studies photography and transmedia art (University of Applied Arts Vienna), as well as theater, film and media studies.