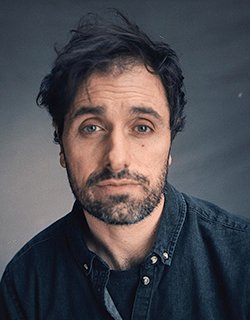 Director of
THE CLIMB

Born 1984 in Mount Kisco, USA, is an American director, producer and actor.  He has worked as a producer for more than ten years and makes short films himself, including THE CLIMB, which premiered at the Sundance Film Festival in 2018. His short film is also the basis for the feature film of the same name, with which Covino won the "Coup de Coeur" in the section "Un Certain Regard" at the Cannes Film Festival. THE CLIMB is his first feature film.
Films (selection): ONE NIGHT STAND (2007, short), THE LIBERATION OF TEDDY WENDIN (2008, short), SURPRISE SURPRISE (2010, short), THE CLIMB (2018, short).