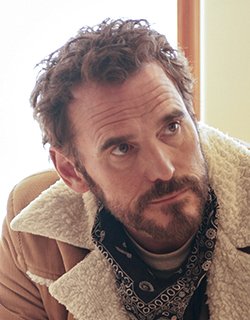 Actor in LAND OF DREAMS

Born, February 18, 1964 New Rochelle, New York. Dillon, who became a teen idol in the 1980s in films such as RUMBLE FISH and THE OUTSIDERS (both directed by Francis Ford Coppola), later carried his early successes effortlessly into independent film, impressive acting performances such as in DRUGSTORE COWBOY (directed by Gus van Sant) and TO DIE FOR (alongside Nicole Kidman) earning him praise from critics such as journalism legend Roger Ebert, who considered him the best actor of his generation alongside Sean Penn. Most recently, Dillon starred in Lars von Trier's THE HOUSE THAT JACK BUILT, which also screened at the 2018 Viennale.

The great music lover, who delivered a wonderful declaration of love for Cuban music with his own 2020 documentary directorial work EL GRAN FELLOVE, comes to the Viennale for the first time to present her new film LAND OF DREAMS together with director Shirin Neshat. In this political satire set in the future, Matt Dillon plays Alan, a bodyguard who accompanies the representative of an all-controlling government agency.