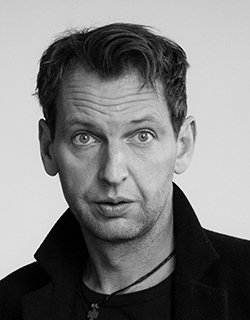 Director of photography for
LITTLE JOE

Born in 1969 in Vienna. Cinematographer and co-founder of the Viennese film production company coop99. He studied business administration at the Vienna University of Economics. Then he completed the course assistant camera at the Graphic Arts and Research Institute in Vienna and was active as a cameraman for music videos, short films and commercials. In 1996 he graduated in production and camera at the Vienna Film Academy. In 1998 he founded the Martin Gschlacht film production and produced short films. In 1999 he launched the Vienna Film production company coop99 with the directors Barbara Albert, Antonin Svoboda and Jessica Hausner. Since 2008 he has been teaching at the Vienna film college. Two productions in which Gschlacht was responsible for the camera work were in competition at the International Film Festival of Venice 2009: WOMEN WITHOUT MEN by Shirin Neshat and LOURDES by Jessica Hausner. In 2009, Martin Gschlacht founded the Academy of the Austrian film together with other Austrian filmmakers and assumed management responsibilities.
Films (selection): M – EINE STADT SUCHT EINEN MÖRDER (2019), ALPHA (2018), LOOKING FOR OUM KULTHUM (2017), TEHRAN TABOO (2017), STILLE RESERVEN (2016), DREI EIER IM GLAS (2015), ICH SEH, ICH SEH (2015), GRENZGÄNGER (2012)