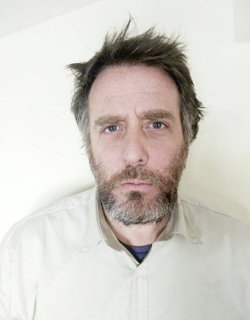 Mariano LLINÁS (1975, Argentina) is a filmmaker, screenwriter, producer and actor. His sister is the well-known Argentinian actress Verónica Llinás. He was educated at the Universidad del Cine in Argentine, where he currently teaches. In 2002 he became known for his documentary BALNEARIOS. La Flor (Parte 1) (2016), winner of the Hubert Bals Fund Audience Award at IFFR 2017, is the first part of a film that will be nine hours long when finished.
Filmography: BALNEARIOS (2002), HISTORIAS EXTRAORDINARIAS (2008), TRES FÁBULAS DE VILLA OCAMPO (2011, K)