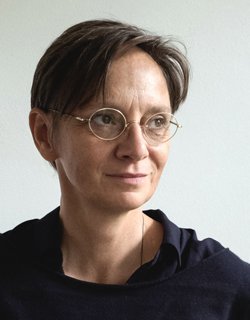 Works and lives with her family in Vienna. Studied metal sculpture in France, film and intercultural competence in Austria. Concept and organisation of several film series about the female body. She started with her own documentary work in 1997.
Films: FUTURE BABY (2016, A), EINES TAGES, NACHTS (2008, A), LOUD AND CLEAR - LIFE AFTER SEXUAL ABUSE (2002, A), RUBBER CHICKEN BORN AT HOME (1998, A)