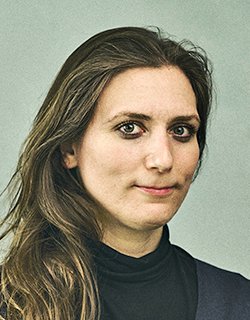 Lola Basara studied production at the Vienna Film Academy with Danny Krausz. She produced a number of successful short films and was nominated for the Studio Hamburg Producer Young Talent Award in 2016 with her short film "Esel" (directed by Rafael Haider). In 2015 she founded the production company CAPRA FILM, and in 2021 Marc Schlegel and Peter Hengl joined the company as partners. Capra Film produces high-quality genre films with an Austrian identity for national and international audiences.

Lola Basara produced FAMILY DINNER, the company's first feature film (funded by the Austrian Film Institute, Filmfonds Wien and ORF, among others), which had its world premiere at the 2022 Tribeca Film Festival and is screened at over 30 film festivals worldwide - including BIFAN, Fantastic Fest, Fright Fest and Sitges.