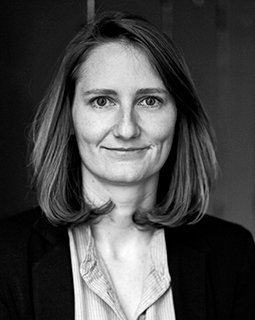 Producer of
THE TROUBLE WITH BEING BORN

Born in 1987 in Schmalkalden, Germany, is an Austrian producer. She studies production at the Vienna Film Academy as well as journalism and communication sciences and theatre, film and media studies at the University of Vienna. She works as a junior producer at Nikolaus Geyrhalter Filmproduktion and is the producer of the documentary film PARADIES! PARADIES! by Kurdwin Ayub (i. a. she won the young talent award at the Duisburg Film Week 2016). In 2018 she founded the production company Panama Film together with David Bohun, Stefan Bohun and Sebastian Brameshuber.
Films (selection): DIE INSELN, DIE WIR SIND. (2011, short), ALWAYS ON MY MIND (2014, short), PARADIES! PARADIES! (2016), DIE LAST DER ERINNERUNG (2016, short), KEIN HALBES LEBEN (2018).