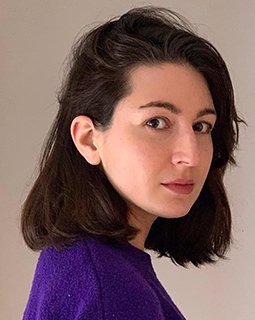 Born in 1987, is a director, producer and author.  She works as a producer for the film collective European Film Conspiracy and is the author of various film and television projects, currently part of the Writer's Room for a series project of "Komplizenfilm Berlin" directed by Christian Schwochow. As a freelance journalist, she writes about politics and culture for the ZEIT and the Süddeutsche Zeitung, among others. Julia Niemann lives and works in Vienna.
Films (selection): SOLDATE JEANNETTE (2013), KATER (2016, assistant director), WINWIN (2016), TOULOUSE (2018, script).