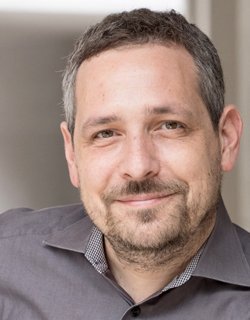 Born in Berlin in 1973. Started his career in media business as a trainee in film and TV production in 1993. While studying law he kept working as a freelance producer for another eight years before starting his own company. Since 2001 Gregor Streiber produced more than 350 programs for German and international broadcasters, e.g. ZDF, ARTE, BBC, NHK, 3sat and others, from magazine reports, feature documentaries as well as creative documentaries which won prizes at international festivals. He is owner and managing director of "werwiewas medienproduktion" and "inselfilm produktion".
Films (selection): FLIEGENDE RATTEN (2006), MAGYAR BAJUSZ (2012), KS DOTKNAC NIEBA (2015), THE DAZZLING LIGHT OF SUNSET (2016).