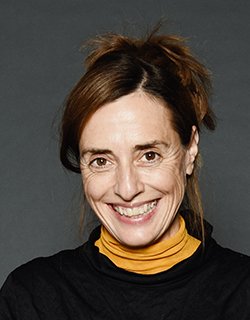 Co-Producer of OUTSIDE NOISE

Born in Klagenfurt in 1968. She studied law in Vienna, Paris and Rome. From 1994 she has been active in the organization of film, theater and art projects. She worked in film distribution as well as for numerous film productions in Austria and Italy as a production assistant and later in the production line. As an independent producer of several short films including BLINDGÄNGER, COLORS and COPY SHOP she was active as well as in the development of feature film and documentary material. She has been responsible for KINOVA, the Festival of European Films in Wels and is known as head of the “1. Kärntner Kurzschluss-Handlung”. In 2001, she founded Amour Fou and acted as producer of numerous feature films, documentaries and experimental films, often finalized in international cooperation. Since 2007 she has been the owner of the KGP Kranzelbinder Gabriele Production focusing on international co-productions of European author-film.