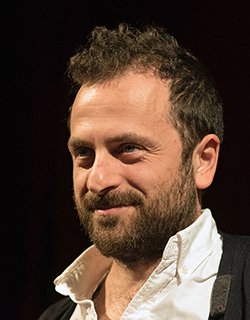 Fabrizio Ferraro is an Italian director and screenwriter. He studied film science and philosophy of language, then he devoted himself to photography and organized film meetings and retrospectives. In 2006 he published the book BREVIARY OF AMATEUR AUDIOVISUAL AESTHETICS-NATURE, IMAGE, ETHICS, between 2006 and 2008 he realized a tetralogy of film studies on amateur film. His films are regularly nominated and awarded at Italian and international festivals. Influential Italian film critics call Ferraro "one of the most withdrawn, surprising and important Italian filmmakers."