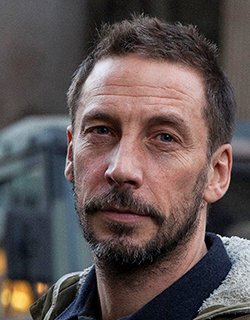 Director of
UNE FLEUR Á LA BOUCHE
WHEN THERE IS NO MORE MUSIC TO WRITE,
AND OTHER ROMAN STORIES

Éric Baudelaire (b. 1973 in Salt Lake City) is an artist and filmmaker based in Paris, France. After training as a political scientist, Baudelaire established himself as a visual artist with a research-based practice. His feature films A Flower in the Mouth (2022), When There Is No More Music To Write (2022), Un Film Dramatique (2019), Also Known As Jihadi (2017), Letters to Max (2014), The Ugly One (2013),and The Anabasis of May and Fusako Shigenobu, Masao Adachi and 27 Years Without Images (2011) have circulated widely in film festivals, including Locarno, Toronto, New York, FID Marseille, Rotterdam and Viennale.