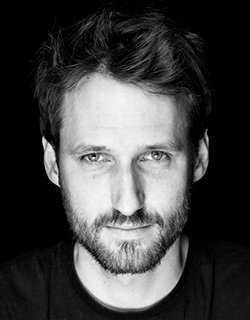 Born in 1982, David Wagner grew up in the suburbs around Vienna. Already in the early 2000s he shot short films, until he found his way into the film industry in 2003. He learned on set in numerous trades how a professional film is made. His later filmic trainings were a summer study at NYU - Tisch School of the Arts (2006) and a master study in directing at Hamburg Media School (2014-2016).

His short films have screened at renowned international short film festivals, such as the Max Ophüls Preis Film Festival and the Tel Aviv Student Film Festival, and have won several awards. His first feature film screenplay "Eismayer" won the Script Talent Award at the Filmfest München 2019.