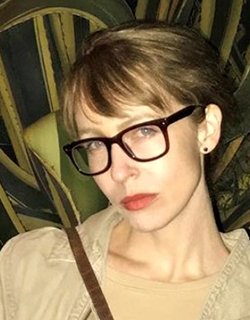 Courtney Stephens is a writer/director of non-fiction and experimental films. The American Sector, her documentary (co-directed with Pacho Velez) about fragments of the Berlin Wall transplanted to the U.S., was named one of the best films of 2021 in The New Yorker. Her essay film, Terra Femme, comprised of amateur travel footage shot by women in the early 20th century, premiered at MoMA and has toured widely as a live performance. Her work has been exhibited at The National Gallery of Art, The Barbican, Walker Art Center, The Royal Geographical Society, BAMPFA, and in film festivals including the Berlinale, the Viennale, IDFA, and the Hong Kong, Mumbai, and New York Film Festivals. Stephens is the recipient of a Guggenheim Fellowship, a Sloan Research Fellowship, and a Fulbright Scholarship to India.