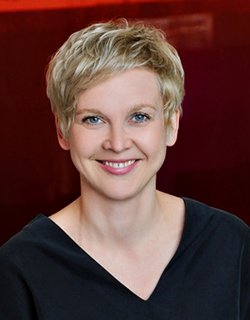 Claudia Schröter, born and raised in the Erzgebirge, B.A. Communication Science at LMU Munich. Diploma in Production and Media Management at the University of Television and Film Munich. Since beginning her studies at the film academy in 2008, she has been producing short and feature-length films for cinema and TV. Since 2014 she lives in Erfurt, where she worked for five years as an employed producer at Kinderfilm GmbH/Grown Up Films, before she started her own business as a freelance producer/producer in February 2020. Since December 2020 founder and managing partner at CALA Film Central GmbH & Co. KG in Erfurt and 2022 CALA Film West GmbH together with Martina Haubrich.