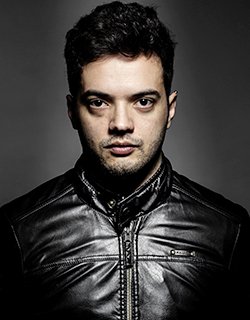 Carlos Conceição was born in Angola (August 5, 1979) during the Cold War and lived between the southern desert and Portugal until he went to Lisbon's Film School in 2002. He had previously majored in English Literature of the Romanticism. His first short film The Flesh was awarded Best New Talent at Indie Lisboa in 2010, while VERSAILLES (2013) premiered at the Locarno Film Festival. Both Goodnight CILNDERELLA (2014) and BAD BUNNY (2017) premiered in Cannes at the Critic’s Week to very enthusiastic response. Carlos also had complete retrospectives of his work at the French Cinémathèque in Paris and at the Amiens Film Festival.