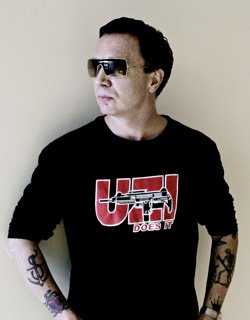 Born in 1964 in Southampton, Ontario. Studied at the film school in Toronto and film theory at New York University. Shooting shortfilms since the mid-eighties. In 1996, he shot HUSTLER WHITE, a film about the hustler scene in Los Angeles, and gained international attention as a director of a number of controversial, subversive films.
Films (selection): BOY, GIRL (1987 CF), THE RASPBERRY REICH (2004), L.A. ZOMBIE (2010)