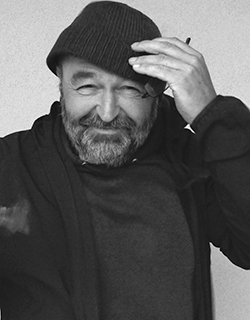 Bernhard Pötscher was born in 1961 in Schwanenstadt (Austria). He came into film in 1982 through the Filmhaus München and as a lighting designer for numerous advertising films (among others). From 1983 to 1986 Pötscher v. a. as a sound assistant and sound engineer in documentary productions for the Bayerischer Rundfunk as well as in films of the University of Music and Performing Arts, Department of Film and Television, in Vienna for example VERGISS SNEIDER! (1987). Until 1994 he worked as a camera assistant, u. a. for Michael Haneke (BENNYS VIDEO), before he was responsible for director and camera for the first time in the film GERAUBTE KINDHEIT (2001) together with Sabine Derflinger. After several documentary film projects, Pötscher also accompanied Derflingers feature film debut VOLLGAS (2001) as a cameraman. Since then he works exclusively as a cameraman and producer. Pötscher lives and works in Vienna.