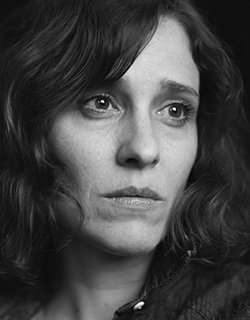 Actress in
A LITTLE LOVE PACKAGE
HUMAN FLOWERS OF FLESH

Greek actress Angeliki Papoulia is best known internationally for her leading roles in Oscar nominated Dogtooth, Alps and Yorgos Lanthimos’ first English speaking feature and Oscar nominated The Lobster. Film work also includes many other feature films along with extensive work as a theatre director in many European theatres and festivals.