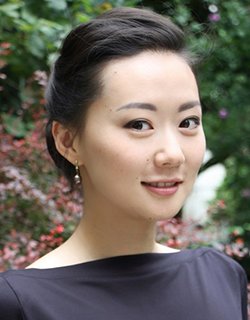 Originally from Kazakhstan, Yuliya Kim is a Paris based producer. Yuliya was born in 1986, graduated from the Moscow State University in economics. She started her career in 2011 in Kazakhfilm as a manager of international cooperation and was involved in Eurasia Film Festival. Promoting both Kazakhfilm’s and independent projects to film festivals and markets for several years, she started to work as producer. In 2015 she founded East Wind Production to impulse international cooperations and coproductions with Kazakhstan. It accompanied many internationally acclaimed films, distinguished in prestigious film festivals. Yuliya’s collaborations notably include films by Darezhan Omirbayev ("Student" 2012, "Poet" 2021, “Last Screening” 2022), Yerlan Nurmukhambetov ("Walnut Tree" 2016, "Horse Thieves. Roads of Time" 2019), Farkhat Sharipov ("The Secret of a Leader" 2018, "18 KiloHertz" 2020 and “Scheme” 2022).

From 2019 Yuliya is an executive director of Almaty film Festival. She participated Berlinale Talents 2020, was a jury member of Vesoul Film Festival, took part in First Cut Lab as an expert, organized film lab in Almaty for Korean and Kazakh filmmakers with KOFIC and KAFA, worked on retrospectives and screenings of Kazakh films abroad, etc.