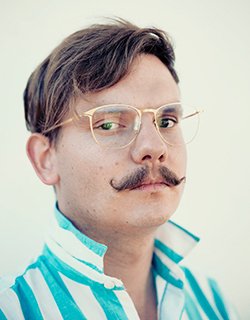 Born 1982, lives in Vienna, studied in Salzburg and Prague. Later he worked as assistant director for Ulrich Seidl and Michael Sturminer and many more. His first feature film SOLDIER JANE had its world premiere in the competition of the Sundance Film Festival and was awarded the Tiger Award in Rotterdam, 2013. In 2016 his second feature film WINWIN also had its premiere in Rotterdam and, like his first feature film, it was produced by the European Film Conspiracy, which also produces his current documentary DAVOS. His themes oscillate around the value as well as the price of money. Outstanding Artist Award for feature film of the Austrian Federal Chancellery, 2018. Romy award for best cinema documentary, 2021.