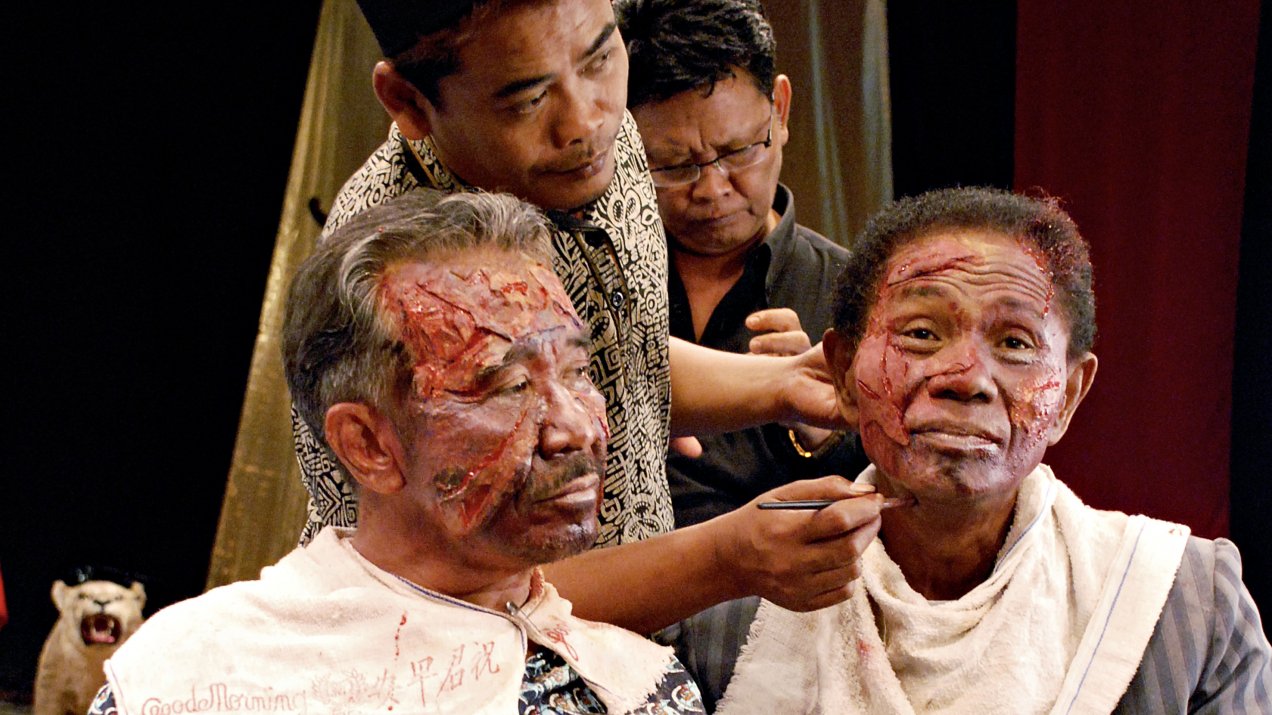 Wind noise , humming keyboard sounds , girls in glitter gowns that emerge from an oversized fish body. Then, a waterfall, an older man and a younger one in drag, again dancers, interspersed with stage directions: " Peace, Happiness, Smile! "
THE ACT OF KILLING steers along this opening sequence straight into the center of an equally strange, shocking and insightful cinematic tour de force : the systematic murder of opponents of the regime in Indonesia of the 1960s, is re-created by the (real) thugs in a heroic film, Oppenheimer's documentary shows so-to-say the making-of.
A deeper look into the psyche of killers, their (non-)engagement with their deeds and even more an indication of how history is written: " War crimes are defined by the victors ," says one of the murderers. "I am a winner, so I can make my own definition."

Canada, in 1898, a group of German immigrants and their dream of the big GOLD - so much for the cornerstones of a story that is far more than it initially appears to be. Uncertainty and self-empowerment are two of the key issues that indicate the direction along the way: At every turn, every slope, every tree group and after each river crossing a new piece of land opens up, that needs to be covered. But less on the outside, in the field of (more or less) objective and estimable risks, rather in the different inner-lifes - the human being becomes its own variable of his capacity for suffering. "What else can be endured?", this is the recurring question.
A film that stands out for its immediate tactile qualities and above all, for the precise staging of the characters, especially Nina Hoss, in the role of a very convincing introvert and stoic woman, who - despite all the adversity -  follows her destination till the very end...

We are giving away 5x2 tickets among those who send us their favorite film in an e-mail to gewinnspiel@viennale.at !