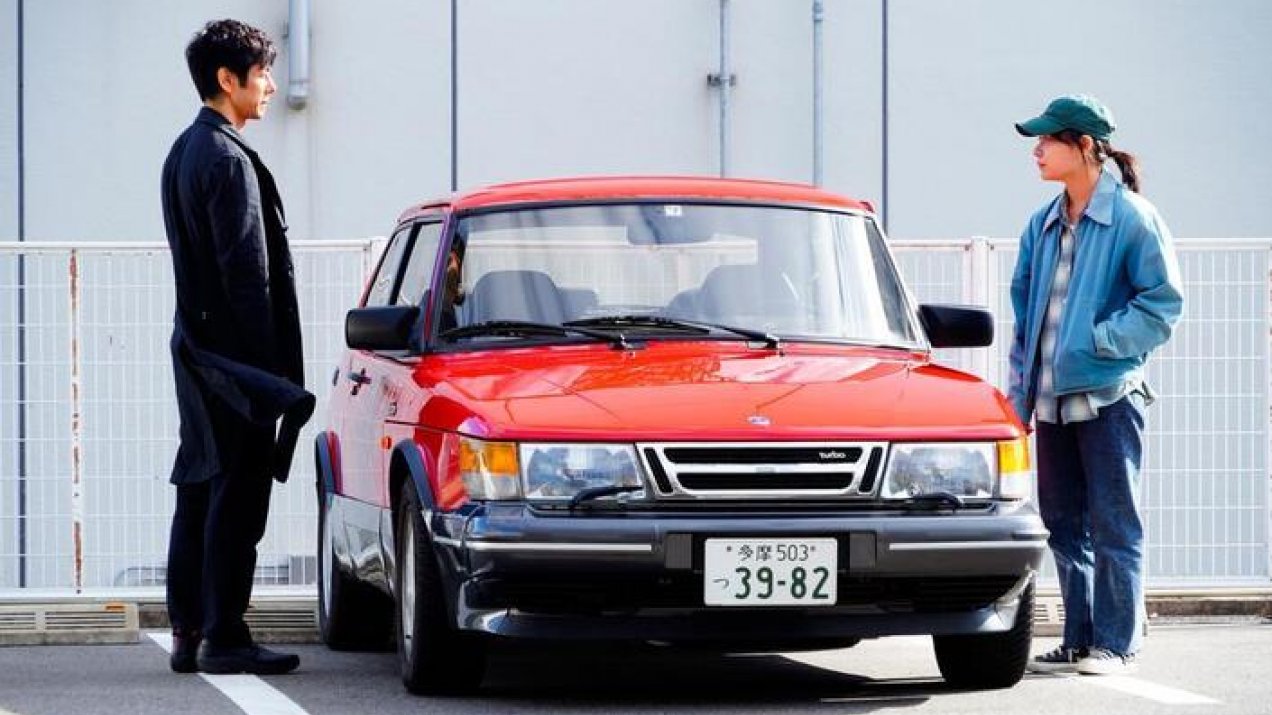 The Swedish car company founded in 1945 produced this particular car model between 1978 and 1998. Car enthusiasts consider the car featured in the film, which belongs to the first generation produced until 1994, the last real Saab – a classic that earned itself a place in car history. The Saab 900 was available as a 3- and 5-door hatchback, 4-door sedan, and a 2-door convertible model. It played a lead role in Fredrik Backman’s bestseller novel En man som heter Ove and its screen version.

The Saab 900 is all about individuality and safety. It boasts impressive safety features such as the side impact protection system inside the doors. It followed up on the Saab 99, but was bigger in size and more technically advanced. The model, envisioned by the head designer Björn Envall and his team, was a roaring success with the upper middle class.

The convertible described by Murakami, which is often dubbed “GOOSE“ in English because of the inscription “Saab 900 SE,” was released in 1984. Although the film and the original text diverge in many aspects, they share the way in which they relate the harmony between the car and its drivers. A sense of safety and sadness are both well concealed in the humming of the engine.