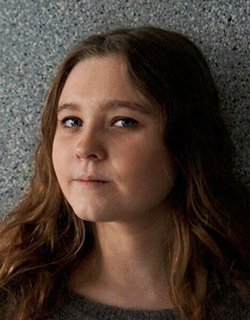 French-Swedish actress, born in Paris in 1997. First, discovered in Johanna Grudzinska's short film, Les Loups Solitaires en Mode Passif and in Julia Kowalski's feature film, Raging Rose, which brought her to the revelation of the César Awards. Her performance in Twelve Thousand by Nadège Trebal also allowed her to be selected for the César revelations. She is currently playing in Les Amandiers by Valeria Bruni-Tedeschi.