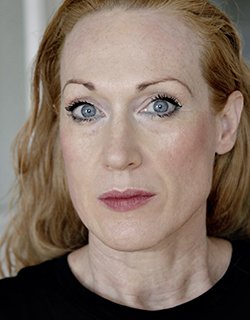 Born in Bolzano in 1971, Tizza Covi lived in Paris and Berlin before studying photography in Vienna.
Since 1996 she works together with Rainer Frimmel on films, theatre, photography. In 2002 they founded their own film production company Vento Film.

They received numerous awards for their documentaries DAS IST ALLES and BABOOSKA, including the Wolfgang-Staudte Prize at the Berlinale. LA PIVELLINA, their first feature, was awarded the Europa Cinemas Label at the Quinzaine des Réalisateurs in Cannes and was Austria`s offical entry for the Oscars 2011. Their second feature film DER GLANZ DES TAGES (THE SHINE OF DAY, 2012) received the Silver Leopard for best actor in Locarno and the Max Ophüls Prize in Saarbrücken.  Their third feature film MISTER UNIVERSO (2016) also premiered in Locarno where it received the Fipresci Award. Like all their films it was realised with non-professional actors and it was shot on Super 16mm film.