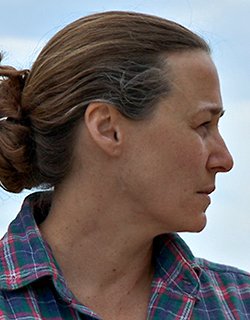 Sharon Lockhart (born 1964) is an American artist living and working in Los Angeles. In a diverse practice that includes installation, photography, film, painting and sculpture, Lockhart creates compelling and complex interactions between the various media and forms she employs, histories she encounters, and the communities and people she collaborates with