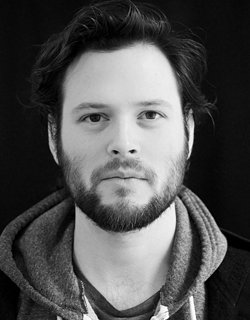 Director of
IN, OVER AND OUT

Born in Gmunden, Austria, in 1981. Studied Stage and Film Design at the University of Applied Arts Vienna. Together with Thomas Draschan he shot acouple of internationally successful films and videos under the pseudonym „Fordbrothers“. In cooperation with the KGP Kranzelbinder Gabriele Film Production Company (www.kgp.co.at) he realized his first feature film MUEZZIN (screenplay, direction, co-production). Lives and works in Vienna.