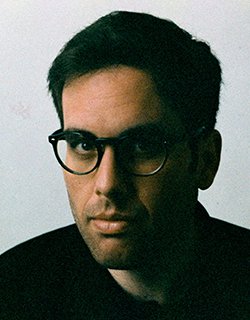 Director of
ELES TRANSPORTAN A MORTE

Has worked together with Helena Girón on IRMANDADE, PLUS ULTRA, BURNING MOUNTAINS THAT SPEW FLAME, NEITHER GOD NOR SANTA MARÍA as well as on installations such as THE GODS ARE ALSO PRESENT HERE, THERE IS NO LAND BEYOND HERE and EXERCISES IN LISTENING.