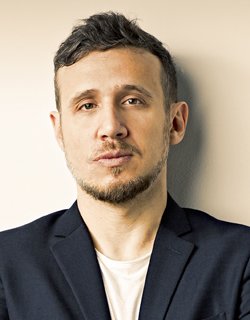 Born in 1970 in Fermo, Italy, is a US-based filmmaker, music producer and photographer. He holds a Master in Media Studies from the New School University in New York. In 2001 he made his debut with the experimental short TO BE A WOMAN. His film STOP THE POUNDING HEART (2013) premiered at the Cannes Festival, outside the competing section, THE OTHER SIDE also premiered at Cannes ("Un Certain Regard"). Roberto Minervini alternately lives and works in Italy and the United States.
Films (selection): THE PASSAGE (2011), STOP THE POUNDING HEART (2013), THE OTHER SIDE (2015), WHAT YOU GONNA DO WHEN THE WORLD’S ON FIRE? (2018)