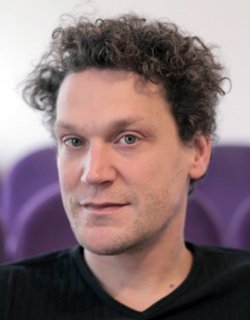 Born in 1976 in Mannheim. After two years of studying law in Passau he studied at the University of Music and Performing Arts Vienna, department film & TV, specialisation: film editing. In 2001 he was nominated for an up-and-coming writers grant by the association Drehbuchforum Wien. In 2001 he co-founded the Bonusfilm GmbH. From 2002 he has been teaching courses in film editing and graphic design. He received several awards for film editing and graphics (Animago Award, Max Ophüls Preis, Romy) In 2004 he founded of the graphic design agency Neiss & Neumann In 2007 he founded FreibeuterFilm. In 2008 he participated in EAVE with DER FALL TRAKL In 2009 he participated at Rotterdam Lab. Films (selection): VON BAGDAD NACH DALLAS (2010), IMMER NIE AM MEER (2006), DER WEG NACH HEIMAT (2003), AUSLÄNDER RAUS!/SCHLINGENSIEFS CONTAINER (2001)