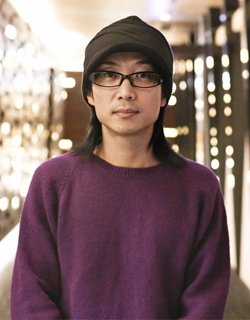 Born 1981 in Japan. He started making films after he left his company at 25. He traveled overseas extensively, then moved to Tokyo in order to pursue film, which had been his passion since a young age. In 2009, he began producing movies. His first feature film NEVER ENDING BLUE was the runner-up for the grand prize at the Okinawa Film Festival, his second film BODY TEMPERATURE was screened at several international festivals.
Films (selection): NEVER ENDING BLUE (2009), BODY TEMPERATURE (2011), SUNK INTO THE WOMB (2013), THE HUNGRY LION (2017)