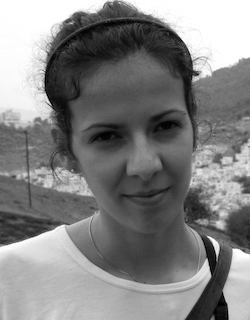 Nika Autor finished her studies at the Academy of Fine Arts in Ljubljana (BA and MA) and finished her PhD in Practice at Academy of Fine Arts Vienna. Her practice is primarily based on experimental videos and documentary films, film essays, newsreels and spatial video and film installations. The focus of her work is a research of the invisibilities/ inaudibilities dealing with concealed topics of the forgotten past and the silenced present. She is part of the collective Newsreel Front (Obzorniška Fronta), an informal collective of workers coming from the field of film theory and art practice.