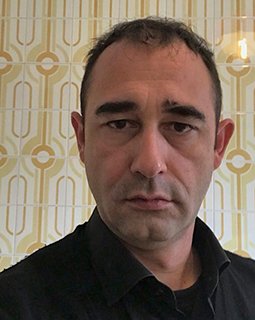 Director of Photography for
ZEUS MACHINE

DOP and filmmaker. Lives in Recanati, Italy. Highschool in Pesaro, then he studied cinema in Bologna at DAMS. In 2000, with David Zamagni and Nadia Ranocchi, they founded Zapruder filmmakersgroup, a collective meant to foster audiovisual research and independent practice. From 2005 to 2011 they have been exploring 3D-stereoscopic techniques, developing tactile and immersive projects named “Cinema da camera”. In 2011 their 3D films were awarded at the 68th Venice Film Festival.